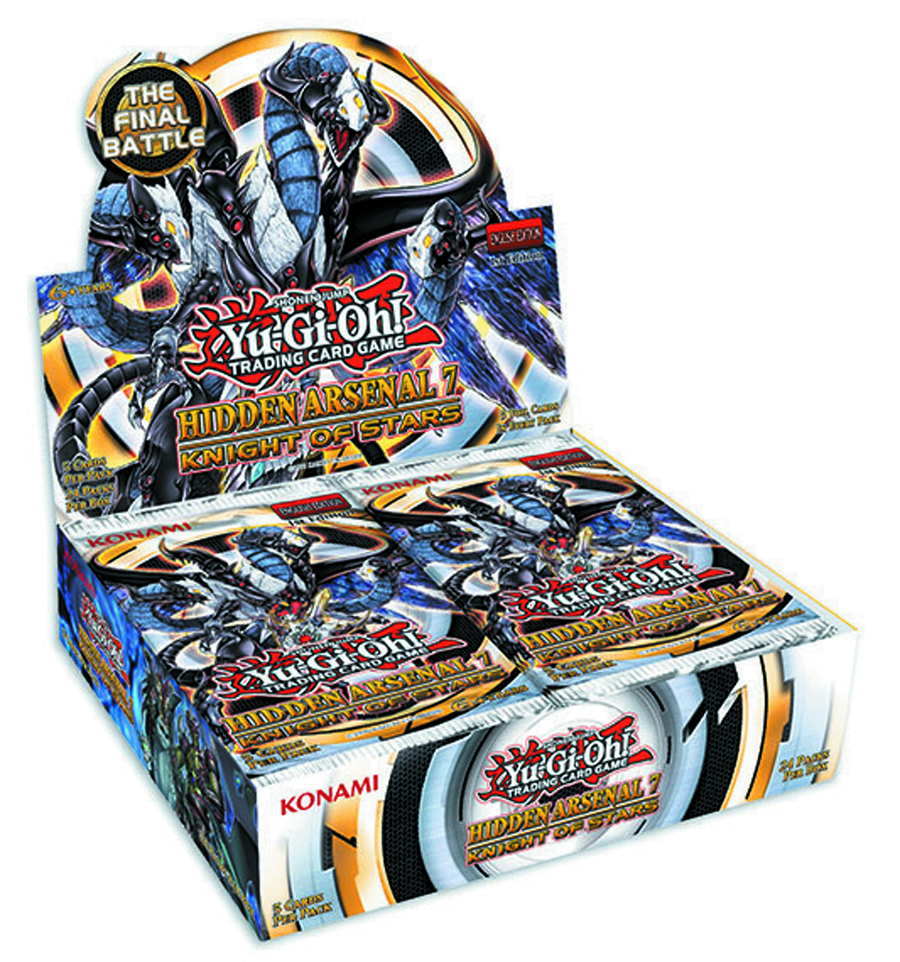 DEC128349
From Konami Digital Entertainment. Konami Digital Entertainment Inc. is proud to bring you the latest boosters release in the Hidden Arsenal series. Hidden Arsenal 7: Knight of Stars sets the stage for Hidden Arsenal's climatic final between light and darkness! Each side is bringing its mightiest monsters to the fore, as the star-spawned Constellars face off against the sinister Evilswarms - who have infested and corrupted the most famous Hidden Arsenal monsters of the past 3 years. Gem-Knights, Gishki, Gusto, and Laval monsters are also bringing up their biggest creations yet, plus new Spell and Trap Cards to give them an edge against the Constellar and Evilswarm powerhouses. As an extra bonus, Hidden Arsenal 7: Knight of Stars contains 10 new cards from the new Yu-Gi-Oh! Zexal anime series, unavailable anywhere else! At 70 cards in total, Hidden Arsenal 7 is the largest Hidden Arsenal set to date, with 24 Secret Rares (1 per Pack) and 46 Super Rares (4 per Pack). Scheduled in stores 04/17/13. (1184)