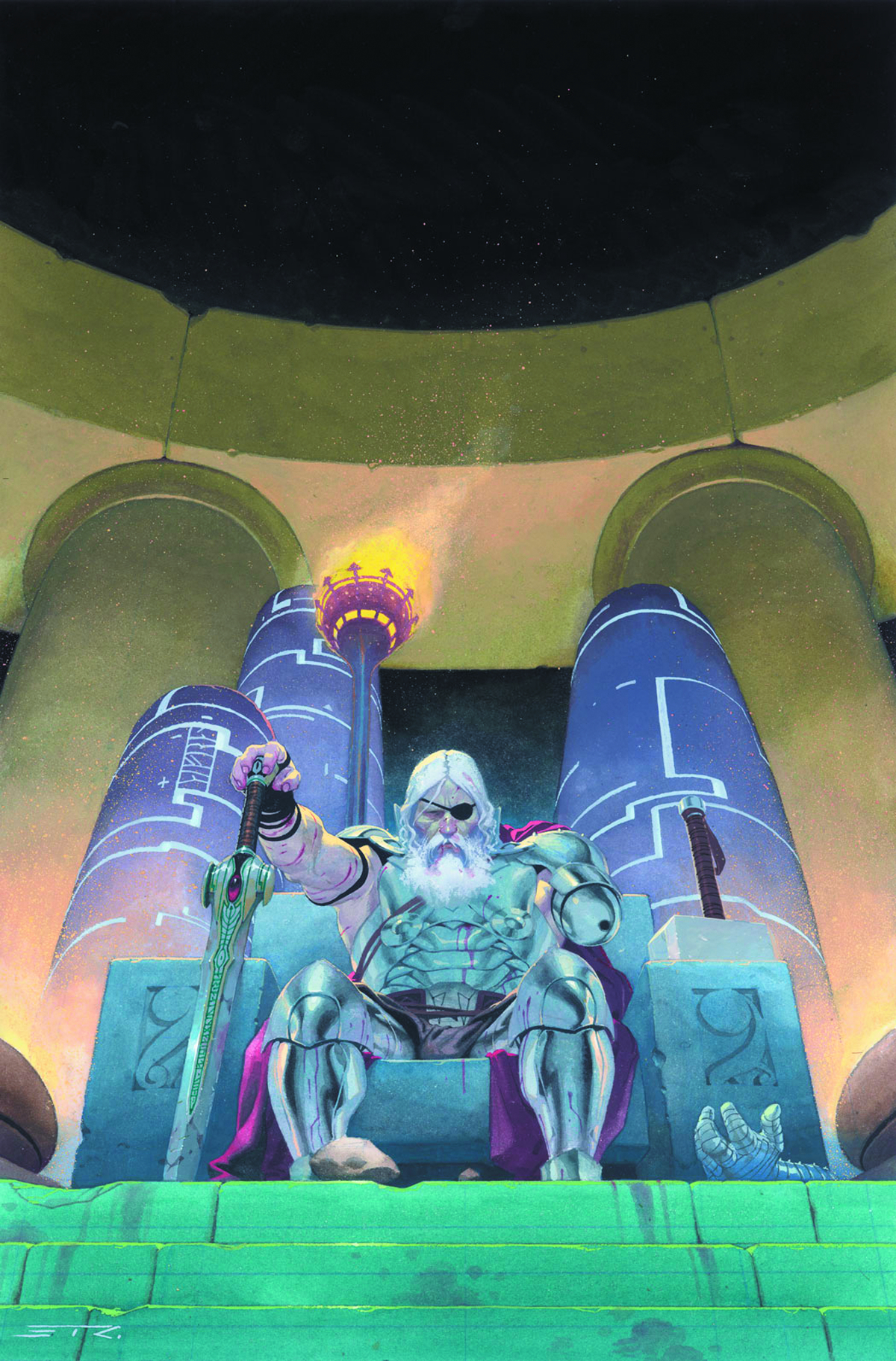 DEC128106
(W) Jason Aaron (A/CA) Esad Ribic
From Marvel Comics. Thousands of years in the future the last god king of a ruined Asgard makes his final stand against the berserker legions of the God Butcher. But even a king can fall. Even King Thor. Scheduled in stores 02/20/13. (161)