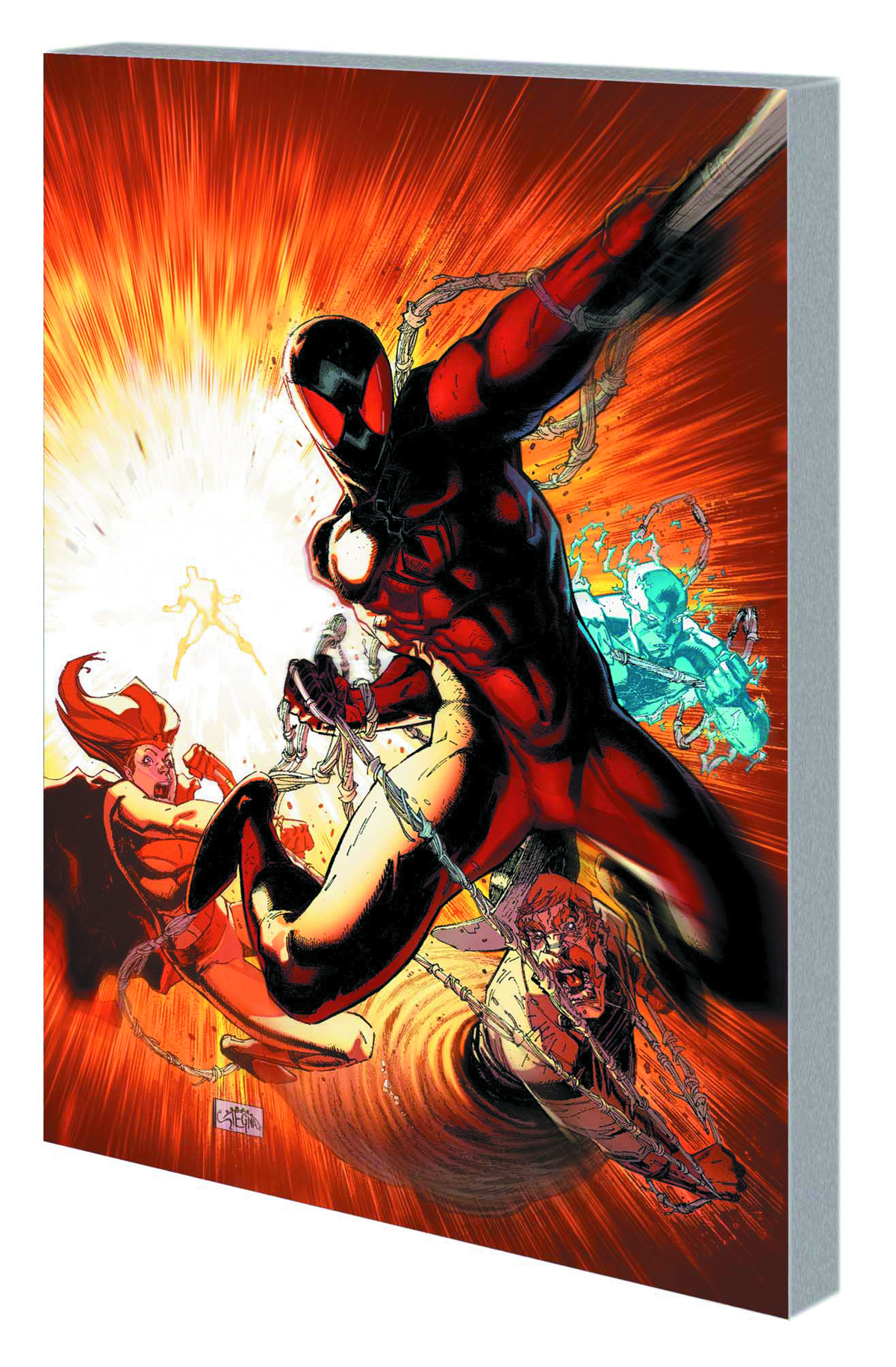 DEC120747
(W) Christopher Yost (A) Khoi Pham, Reilly Brown (CA) Ryan Stegman
Something terrible is happening in the Gulf of Mexico. When Houston-based mega-corporation Roxxon is attacked after making an astonishing discovery, the Scarlet Spider finds himself right in the middle of it - defending Roxxon?! The Southwest's greatest heroes, the Rangers, arrive to take down the Scarlet Spider - but as the mystery deepens, both sides learn what the corporation's greed has brought down upon Houston. Mammon has been unleashed, but do the Scarlet Spider and the Rangers have any hope of stopping it? Then, Kaine goes head to head with Bruiser and the Hand! But when long-simmering mysteries start coming to light, everything changes for Houston's newest hero. What is the secret of Kaine's new powers? How did he come back to life? The answers begin here! Collecting SCARLET SPIDER (2012) #7-9 and #12-15.
In Shops: Apr 17, 2013
SRP: $19.99
View All Items In This Series