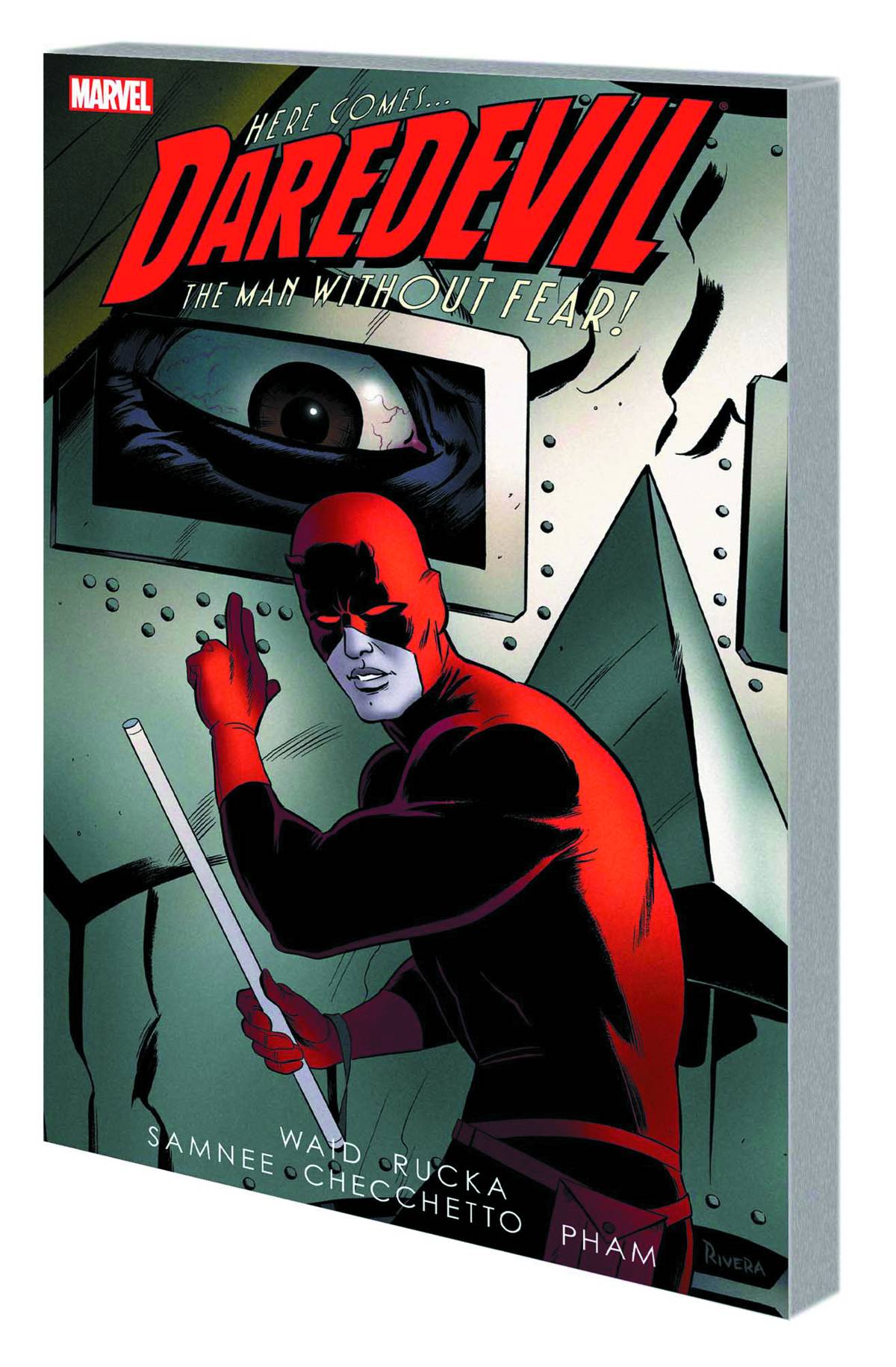 #
DEC120746
(W) Mark Waid, Greg Rucka (A) Khoi Pham, Marco Checchetto, Chris Samnee (CA) Paolo Rivera
Daredevil and Spider-Man form a shaky alliance with not one, but two Punishers when Frank Castle and his killer-in-training Rachel Cole-Alves nearly kill the Man Without Fear in an attempt to obtain the Omega Drive. In a last-ditch effort to end Megacrime's manhunt, Daredevil convinces the heroes to attack the rival crime families, drawing them in to witness the drive's destruction while turning its secrets over to the Avengers. But the plan goes pear-shaped and Daredevil's life hangs in the balance when one hero betrays the group in exchange for the power to bring the international criminal network to its knees! Plus, Matt Murdock enjoys a first date with Assistant D.A. Kirsten McDuffie - until the Black Spectre shows up looking for the drive! Collecting DAREDEVIL (2011) #11-15, AVENGING SPIDER-MAN #6 and PUNISHER (2011) #10.
In Shops: Mar 20, 2013
SRP: $16.99
View All Items In This Series
ORDER WISH LIST