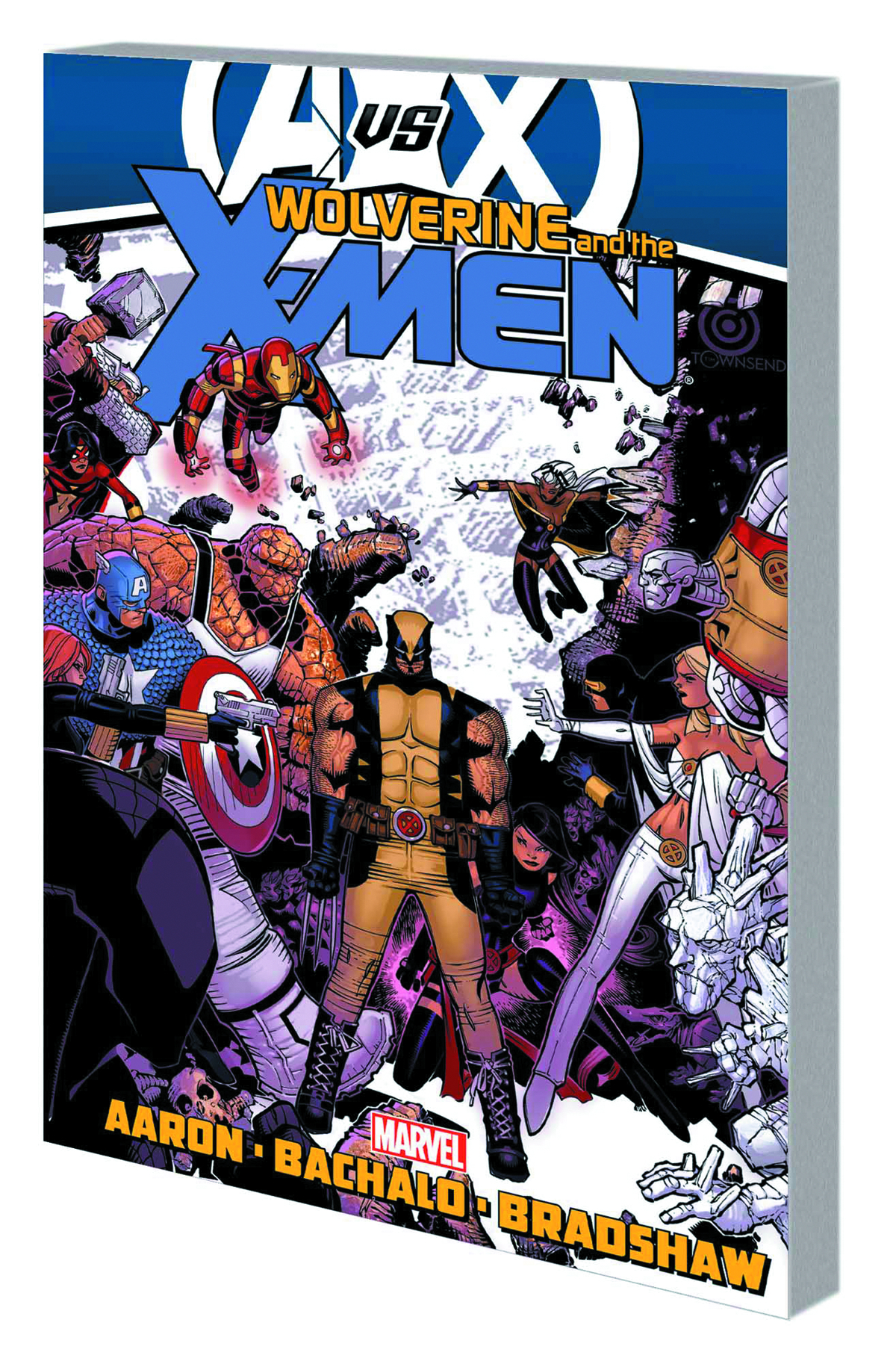 DEC120741
(W) Jason Aaron (A) Nick Bradshaw (A/CA) Chris Bachalo
Avengers vs. X-Men - but where do Wolverine's loyalties lie? The war between the Avengers and the X-Men has arrived at the doorstep of the Jean Grey School for Higher Learning. The school's headmaster, Wolverine, seeks to keep the students in his charge out of the fight at all costs. But as both an Avenger and an X-Man, it's difficult for him to remain neutral. As his fellow teachers join the fight, and the Jean Grey School draws the attention of some very powerful intergalactic threats, can Wolverine do what's right for both the school and the Earth? Or will he risk it all by finally choosing a side in the war that's tearing the Marvel Universe apart? Collecting WOLVERINE & THE X-MEN #9-13.
In Shops: Mar 27, 2013
SRP: $16.99
View All Items In This Series
ORDER WISH LIST