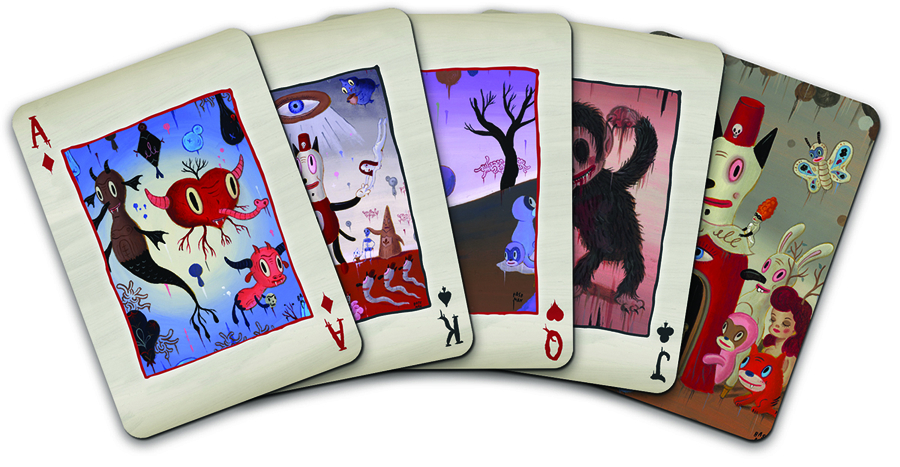 DEC120106
Gary Baseman is a leader within an international cultural movement that includes both mainstream and underground art. After a career as a top commercial illustrator, creator of Disney's Teacher's Pet animated show, and artist for the Cranium board game, he felt he should not be "limited to one world, whether the gallery world, editorial world, or art toy world." He has now embraced them all with success.

In March 2013, the Skirball Cultural Center in Los Angeles will install a major career retrospective, My Door Is Always Open, that will run for six months. Dark Horse is celebrating with a new range of merchandise, all selected and approved by Gary Baseman.

The Gary Baseman Veritas Pins will be a series of five deluxe sculpted metal pins, all with the theme of "veritas" (Latin for "truth"), newly designed by Baseman. New designs will be solicited in next month's issue of Previews.
In Shops: May 01, 2013
SRP: $4.99