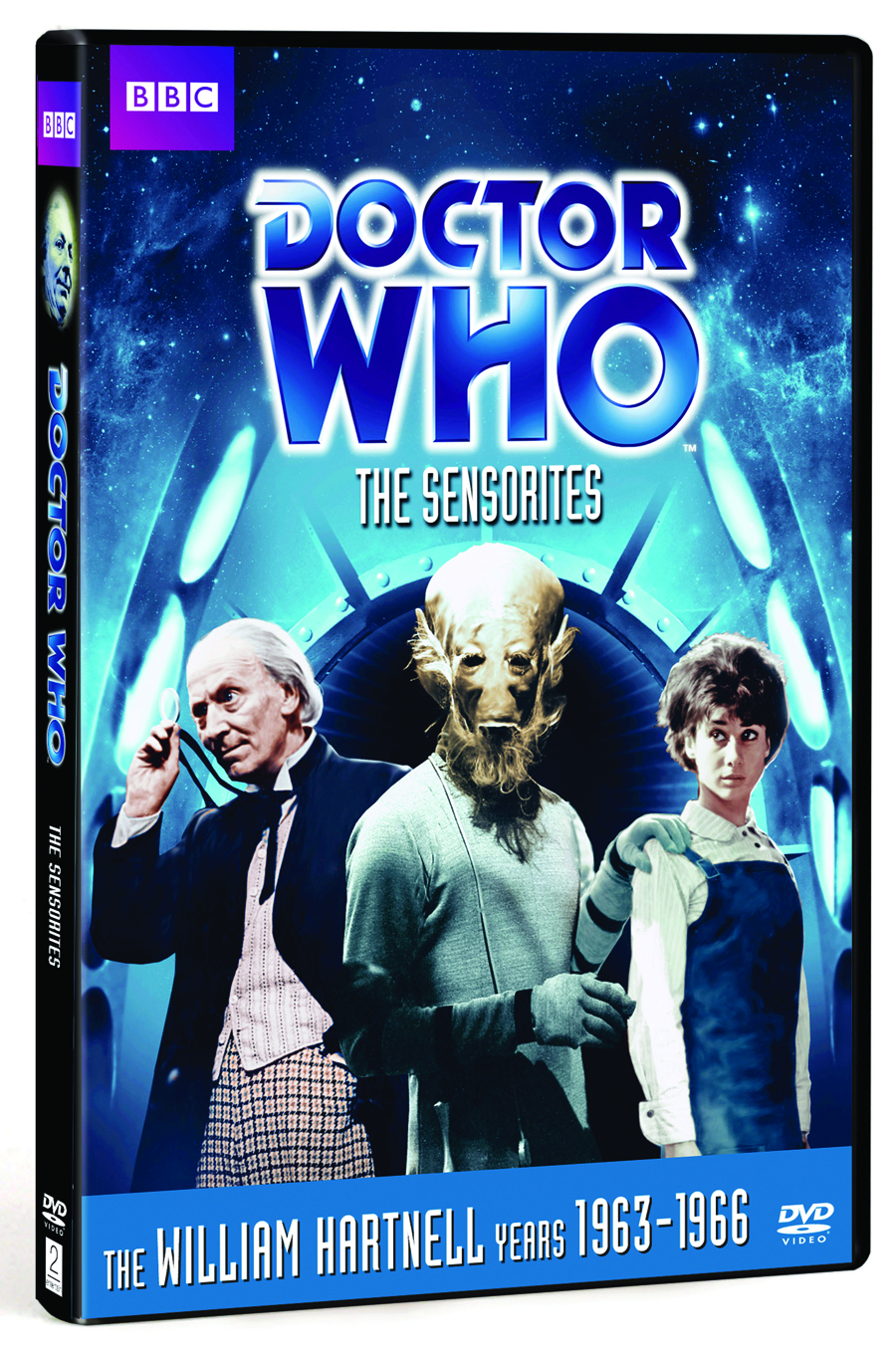 DEC112117
The TARDIS arrives on a lifeless spaceship. The Doctor, Ian, Barbara, and Susan find the bodies of the crew slumped over their stations. Yet the crewmembers are far from dead - they are under some form of mental attack that keeps them prisoners in space. The ship is trapped in orbit around the Sense-Sphere, home world of the alien Sensorites. The Doctor and his companions are warned to leave, but the TARDIS itself has been sabotaged. Using telepathic powers, the Sensorites have managed to keep the human visitors from exploiting the mineral wealth of their world. Now the TARDIS crewmembers also find themselves subject to the Sensorites and their mental powers!