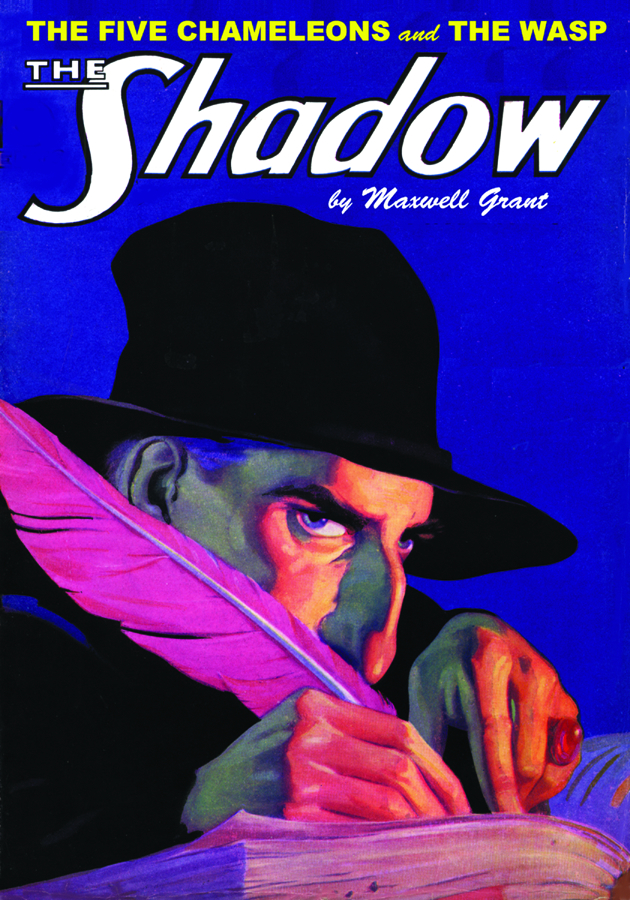 DEC111354
Who knows what evil lurks in the hearts of men? The Shadow knows! In a never-reprinted 1932 epic, The Shadow seeks to unmask The Five Chameleons, master villains whose uncanny ability to blend with their surroundings rivals his own. Then, the Dark Avenger feels the savage sting of The Wasp in his first confrontation with one of his deadliest foes. This double-novel reprints the classic cover paintings by George Rozen and Graves Gladney and the original interior illustrations by Tom Lovell and Earl Mayan, with historical articles by Will Murray.