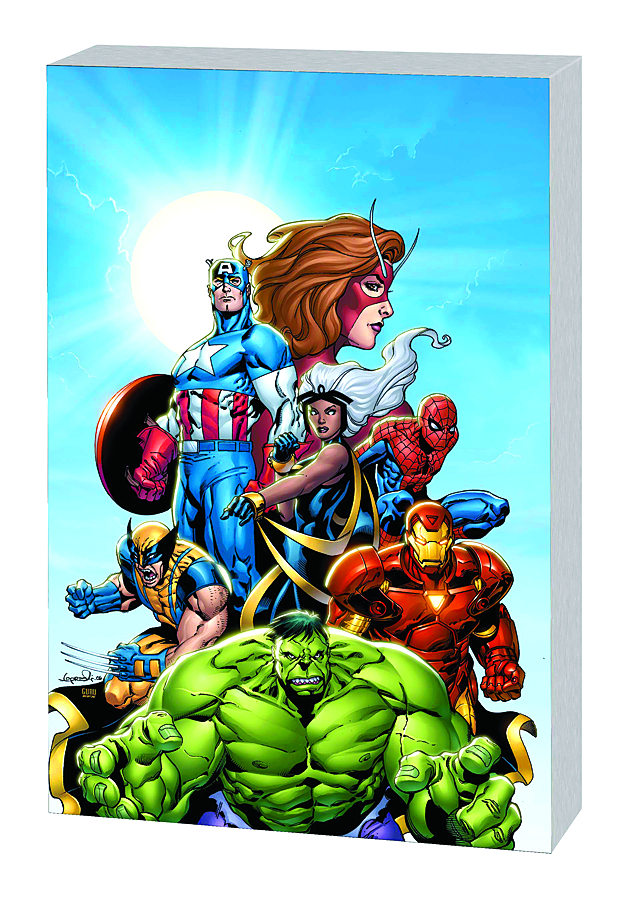 DEC110738
(W) Paul Tobin, Eugene Son, Joe Caramagna, Jeff Parker (A) Ronan Cliquet, Wesley Craig, Kevin Sharpe, Manuel Garcia (CA) Aaron Lopresti
The Mad Thinker has taken over Iron Man's armor, forcing Hawkeye to team up with Tony Stark to bring down the most sophisticated and deadly weapon in the world! Meanwhile, the lovely and lethal Black Widow must protect a secretive mystery man from the world's greatest assassins! Then, join three of Earth's Mightiest Heroes on a quest unlike any other: Hawkeye, Ant-Man and Captain America think they have a day off from Avengers' duty, but unseen dangers wait for them at Manhattan's Museum of Natural History. And on Asgard, Odin decides to have a little fun and switches up his sons' weapons. Is Loki worthy of Thor's hammer? Also featuring the villainy of Ultron and the Leader! Collecting SUPER HEROES # 17 and #19, and MARVEL ADVENTURES AVENGERS #1-2.
96 PGS./All Ages