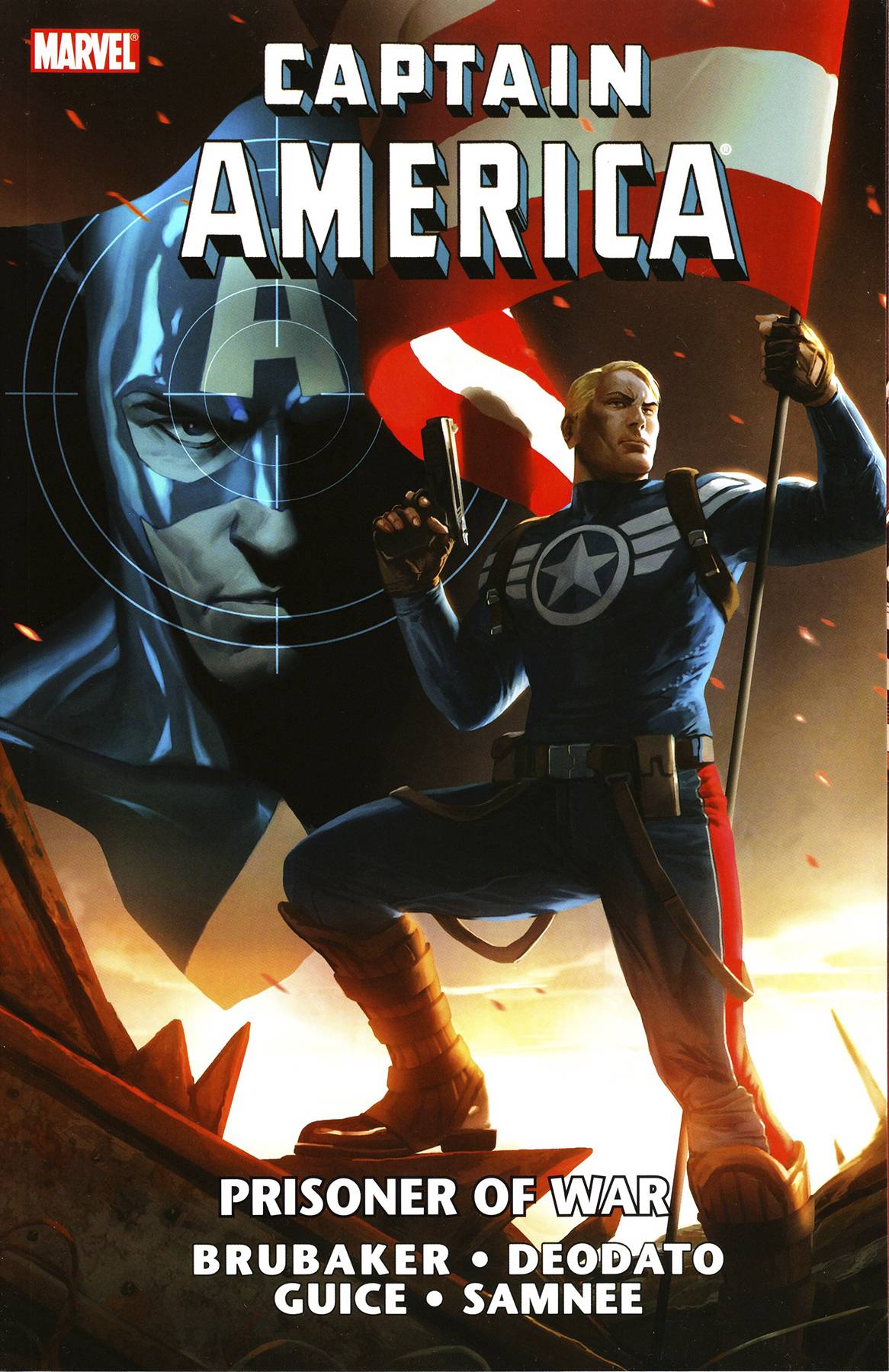 DEC110737
(W) Ed Brubaker, Various (A) Various, Butch Guice, Mike Deodato, Chris Samnee (CA) Marko Djurdjevic
Bucky Barnes learned the deadly skills of warfare during WWII, only to have those tools exploited by the Soviets as a brainwashed Cold War assassin. And just when he thought he could break free of the chains of his history, he is thrust into a new nightmare: a Russian prison camp housing a handful of his most vicious and revenged-minded Cold War peers. For Bucky, each ponderous minute that ticks by in the gulag brings another new threat to his life. But for his friends - Steve Rogers, Sharon Carter and Black Widow - it is a race against time to undo the wicked conspiracy that has used Bucky's past as the Winter Soldier to trap him in a life of cruelty worse than any he's ever experienced. Collecting CAPTAIN AMERICA #616-619.
200 PGS./Rated T+