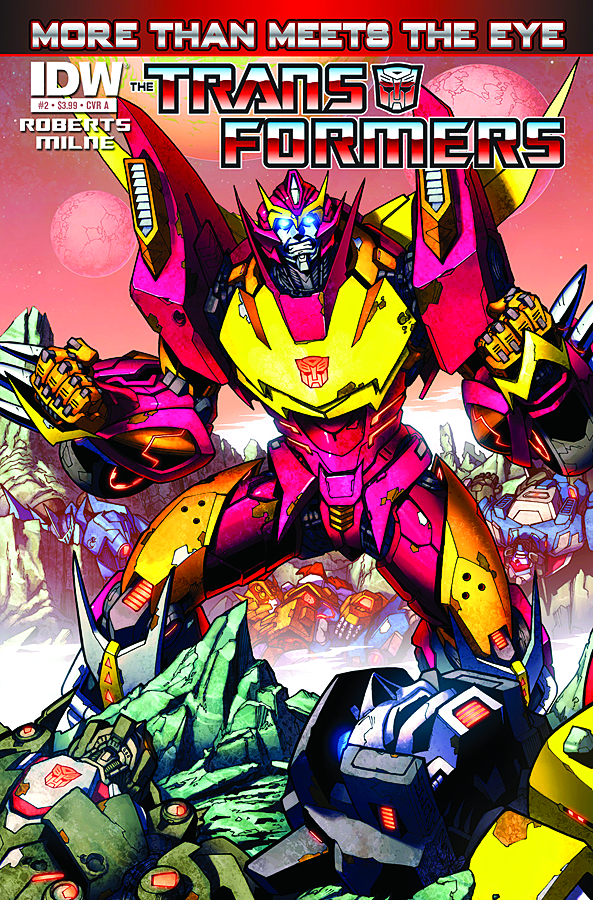 The new TRANSFORMERS direction blasts off! Trapped in space, their ship critically damaged, the Autobots try to rally what's left of their forces. And to complicate matters, Skids arrives on the scene, guns blazing! Who is he? What does he want? Where does he come from? Unfortunately, not even Skids knows the answers...