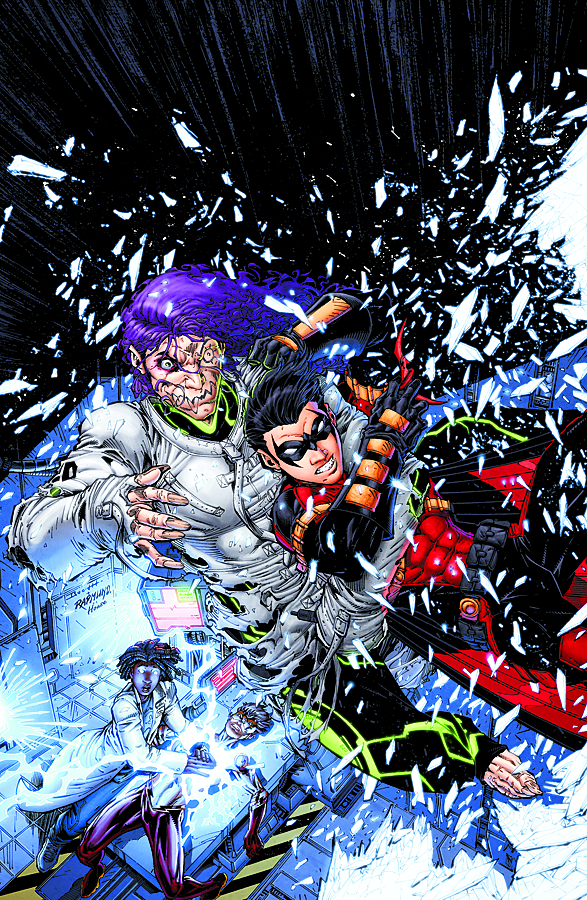 DEC110267
(W) Scott Lobdell (A/CA) Brett Booth, Norm Rapmund
In the aftermath of their battle with Superboy, the Teen Titans make a horrifying discovery: Kid Flash has been knocked out of synch! If they are going to save their teammate, the badly beaten and battered teens need to sneak into the New York branch of S.T.A.R. Labs - which means that this issue guest-stars none other than Virgil Hawkins, a.k.a. Static! But if the team was hoping to use the lab for some downtime, they are going to be disappointed, because now they must battle a new, young team of supervillains known only as 2.0! All this and the debut of Kid Flash's new costume!