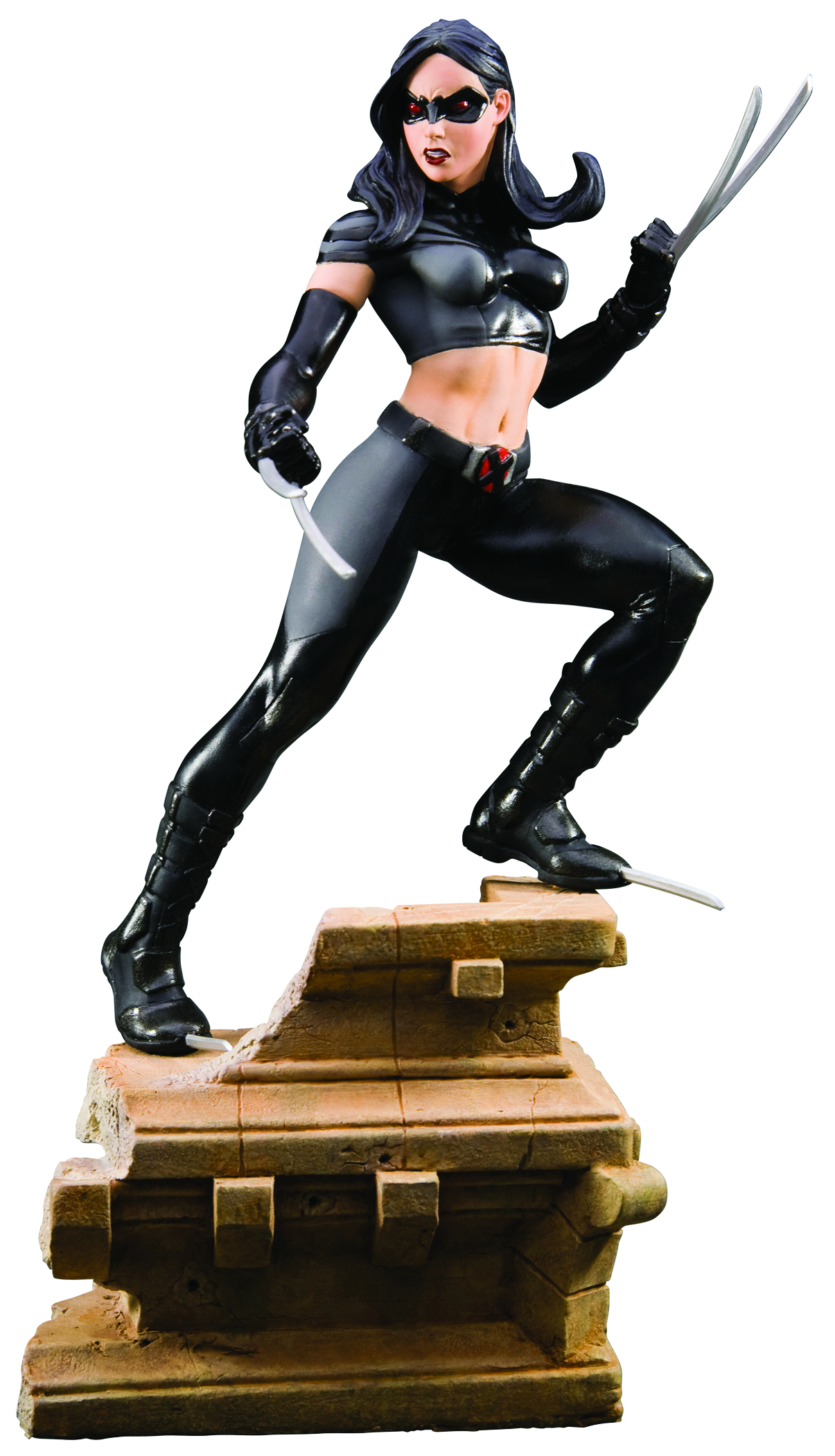 DEC101547
A KOTOBUKIYA Japanese import! X-Force is the hottest mutant team right now in the Marvel Universe, with the current launch of Uncanny X-Force burning up the shelves everywhere.  Teaming up the most vicious and morally flexible heroes, Wolverine leads the ultimate strike force willing to do anything, at any time to protect the world's mutant population.  Kotobukiya is proud to present the first member of an all-new X-Force lineup of Fine Art Statues, X-23!  Appearing first in the television series X-Men: Evolution in 2003, X-23 was later introduced to the Marvel Comics universe.  She is no less than a female clone of Wolverine, created to be a deadly weapon and outfitted with adamantium-coated claws in her hands and feet!  After discovering her true identity and joining the good guys, Laura has become a key member of X-Force.
The deadly mutant is mission-ready, scouting out her target before a precision strike.  Standing ever alert, X-23 wears her current X-Force uniform complete with skin-tight suit (that leaves her midriff bare), belt, bracelet, and intricately laced boots.  Laura's trademark weapons, her claws, are unsheathed; two stand out from each hand while a solitary spur extends from her left foot.  The ultra smooth adamantium blades stand out in stark contrast to the intricate sculpting and texture of her body, complete with musculature and clothing effects.  The expert tracker comes with two heads so you can display her as you prefer: wearing her mask and a teeth-baring grin or sans mask and a more serene look on her face!
Sculpted by Erick Sosa, X-23 stands approximately 11 inches tall (1/6 scale) perched atop a New York City building rooftop.  Catch her now, because she is just the first a new X-Force series bringing your favorite mutants to life!
Statue