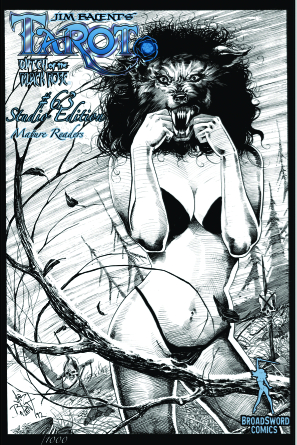 DEC100850
(W) Jim Balent (A) Jim Balent
(W/A) Jim Balent
Only 1,000 copies were created of this alternate cover to Tarot #63, which features an ink illustration of " The She-Wolf of Salem"!  Each cover has a litho-like number placed directly on the cover and is signed by Jim Balent. A numbered certificate of authenticity is also included in package.