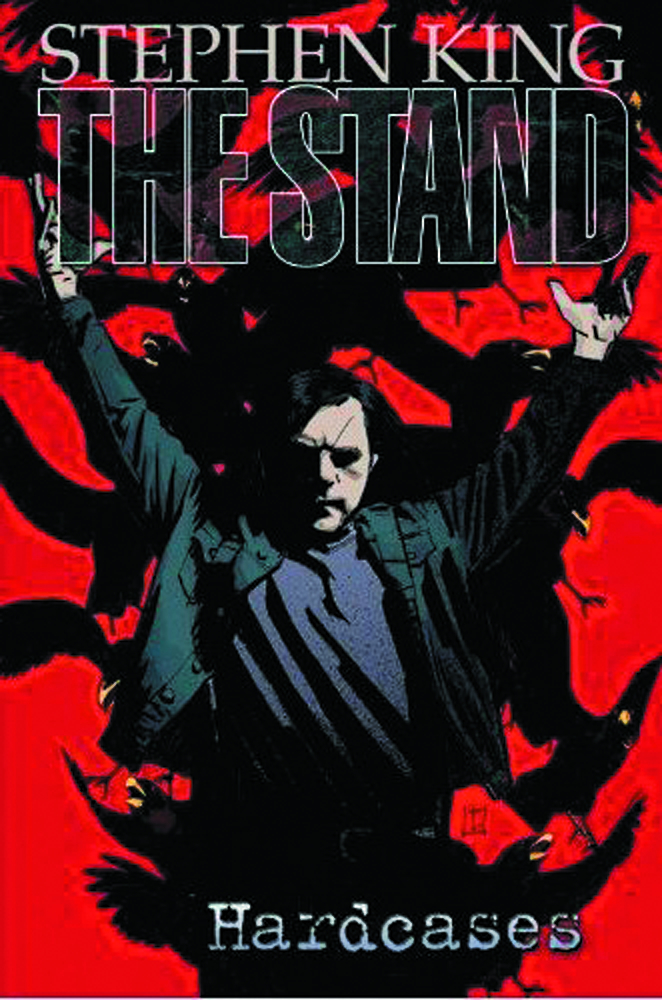 DEC100656
(W) Roberto Aguirre-Sacasa (A) Mike Perkins (CA) Tomm Coker
Written by ROBERTO AGUIRRE-SACASA
Penciled by MIKE PERKINS
Cover by TOMM COKER
The Trashcan Man was spared for a reason: to join the Dark Man Randall Flagg's swelling army and to set the world on fire. It's a dream come true for the pyromaniac, but he has to reach Flagg's compound in Las Vegas first - and somehow survive crossing paths with "the Kid," a hardcase who's even crazier and more dangerous than Trashy is! The villains are front-and-center as we cross the mid-point of this epic adaptation of Stephen King's horror masterpiece! Collecting THE STAND: HARDCASES #1-5.
136 PGS./Parental Advisory