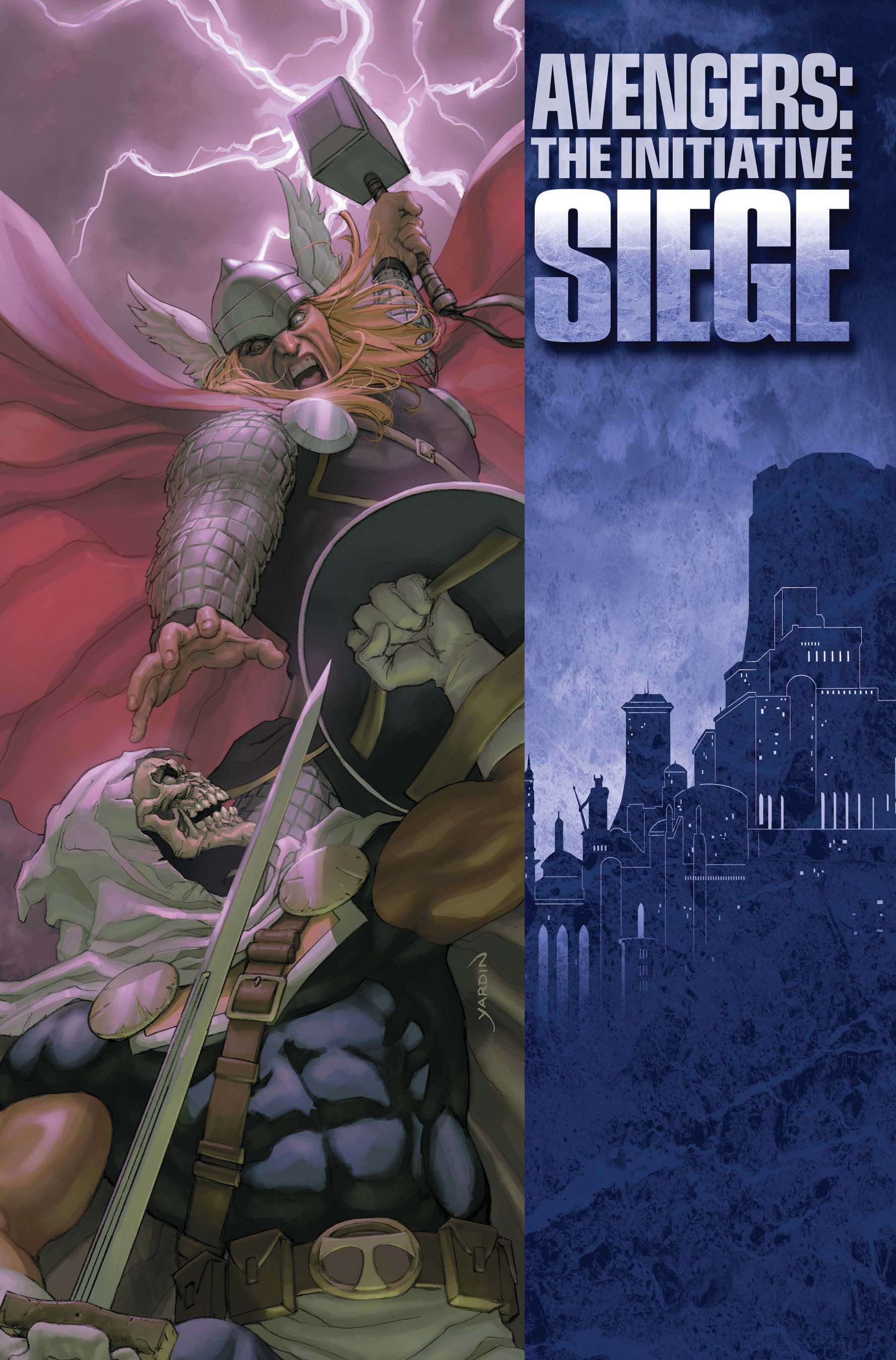 DEC098437
(W) Christos N. Gage (A) Mahmud A. Asrar (CA) Various
by Christos N. Gage & Rafa Sandoval; variant cover by TBD
From Marvel Comics. Siege Blockbuster Tie-In!! After Civil War, the members of the Initiative were recruited with promises of glory...fame...wealth...redemption.  But all things come with a price - and now it's time to pay in blood as the entire Initiative find themselves fighting for their lives in an all-out war against Thor and the Asgardians!  With the Dark Avengers as their allies and immortal gods as their enemies, the most brutal event in Marvel history is about to ignite, and these Avengers are caught in the middle! And for some, this will be their final stand. Scheduled to ship 03/03/10. (161)