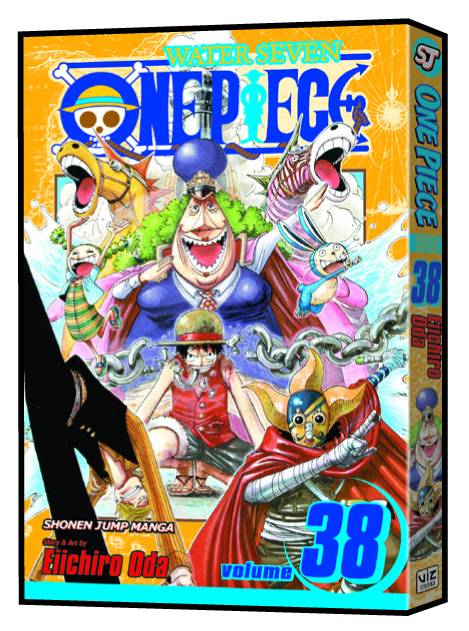 #
DEC091034
(W) Eiichiro Oda (A/CA) Eiichiro Oda
(W/A) Eiichiro Oda
We're excited to announce the most ambitious manga speed-up we've ever done, featuring a most wanted pirate story, One Piece. Starting in January 2010, we will release 30 volumes of One Piece in 6 months - that's five volumes a month!
* APRIL 2010: Volumes 39-43
* MAY 2010: Volumes 44-48
* JUNE 2010: Volumes 49-53
That's not all. In the January issue of SHONEN JUMP magazine, we'll jump ahead of those 30 volumes to the start of the "Impel Down" saga - a bold new storyline and a perfect time to launch into the One Piece manga.
If you're feeling a little left behind, don't worry. We'll get you up to speed in time. Read he Volume 1 manga preview or start your grand adventure by reading the "East Blue" saga and see where it all began at onepiece.viz.com! RATING: T