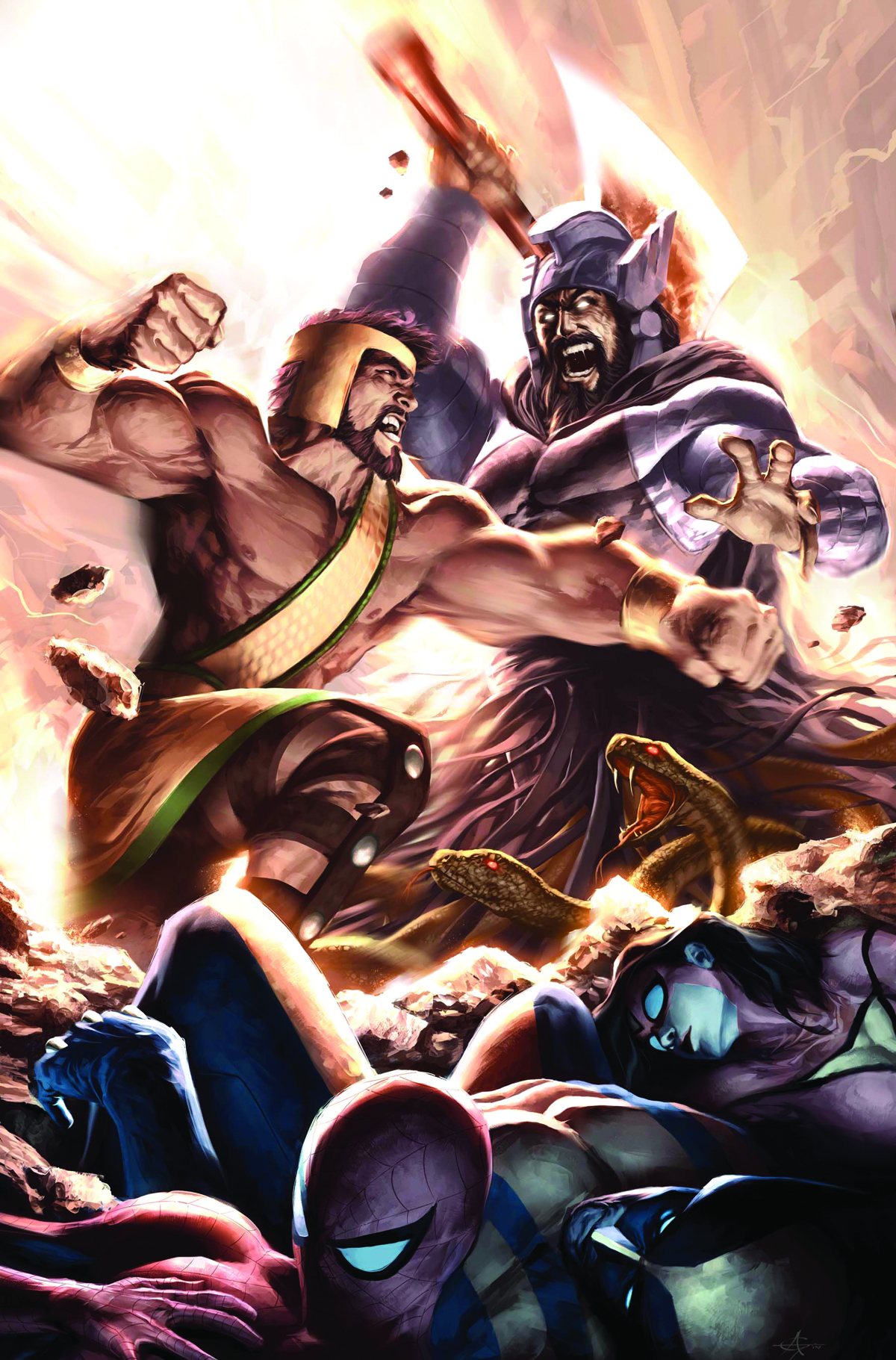 DEC090504
(W) Greg Pak, Jeff Parker (A) Rodney Buchemi, Gabriel Hardman (CA) Alex Garner
Written by GREG PAK & FRED VAN LENTE & JEFF PARKER
Penciled by RODNEY BUCHEMI & TBD
Cover by ALEX GARNER
Special Variant by TBA
"ASSAULT ON NEW OLYMPUS," Finale!
IT ALL COMES DOWN TO THIS! The past two years of storylines in Incredible Hercules have been building to one climactic moment, and here it arrives at last! The final showdown between Hercules and Typhon! Amadeus Cho becomes a true hero at last! And just why was Athena so happy at the end of "Sacred Invasion," anyway? All secrets are revealed in what is undoubtedly the most shocking ending of the year! Don't tell the Internet why we had to call this issue "EVERYBODY DIES!" PLUS! A bonus backup story featuring the AGENTS OF ATLAS!
40 PGS./Rated T+ ...$3.99