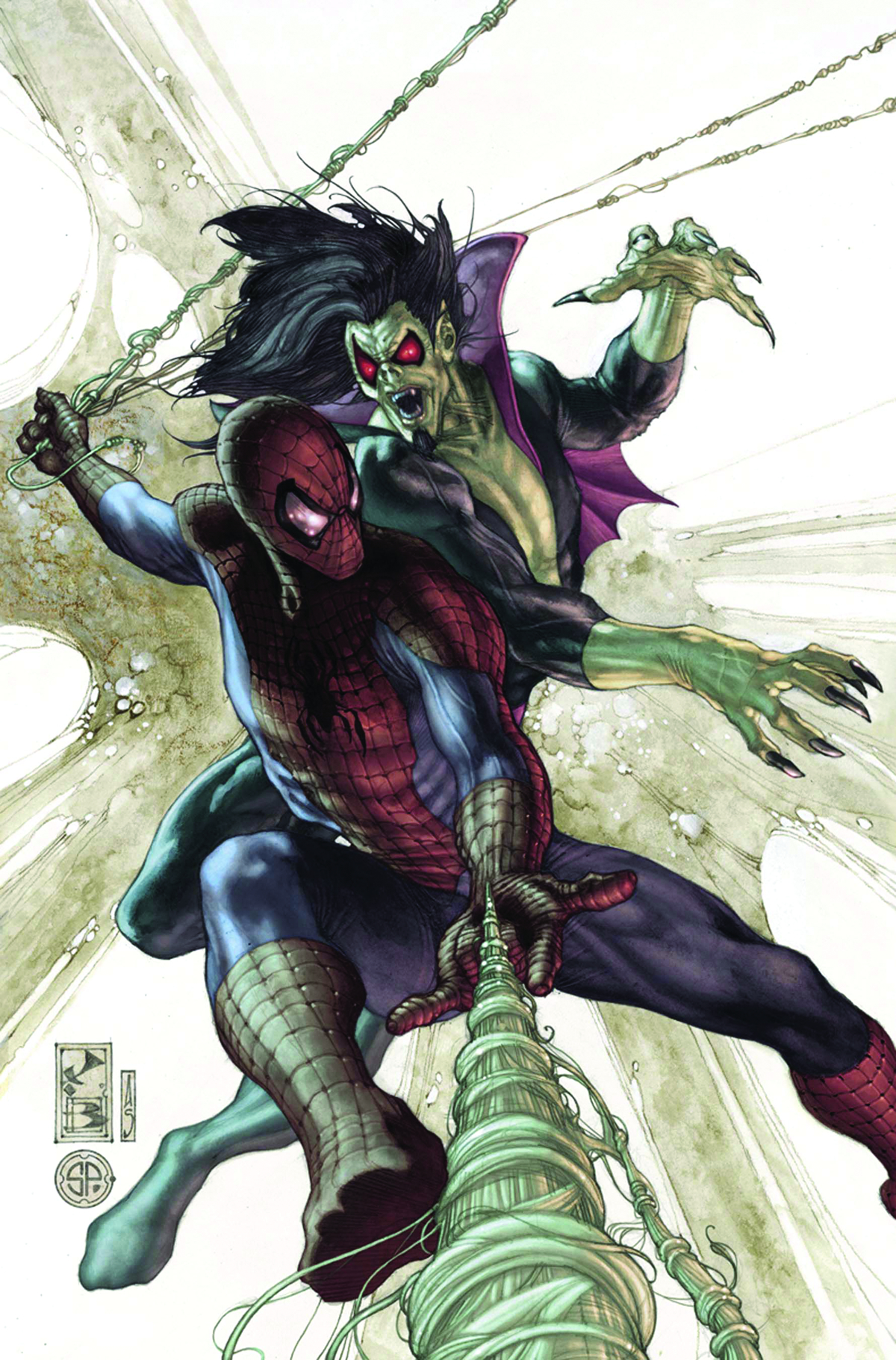 DEC090477
(W) Greg Wiesman (A) Joe Quinones, Luke Ross (CA) Simone Bianchi
Written by GREG WEISMAN & FRED VAN LENTE
Pencilled by LUKE ROSS & JOE QUINONES
Cover by SIMONE BIANCHI
As the Gauntlet rages on around him, the spotlight is on Peter Parker's original archenemy-turned-best friend, Flash Thompson.  Since losing his legs in service to his country, Flash Thompson's not been deterred by his physical limitations.  But even a hero can have his limits.  Greg Weisman, one of the brains behind the smash TV hit Spectacular Spider-Man, teams with Luke Ross (CAPTAIN AMERICA) to bring a touching story of Flash Thompson coming to terms with his new life. Then, Fred Van Lente and Joe Quinones (WEDNESDAY COMICS) bring Spider-Man face-to-face with Morbius, The Living Vampire!
40 PGS./Rated A ...$3.99