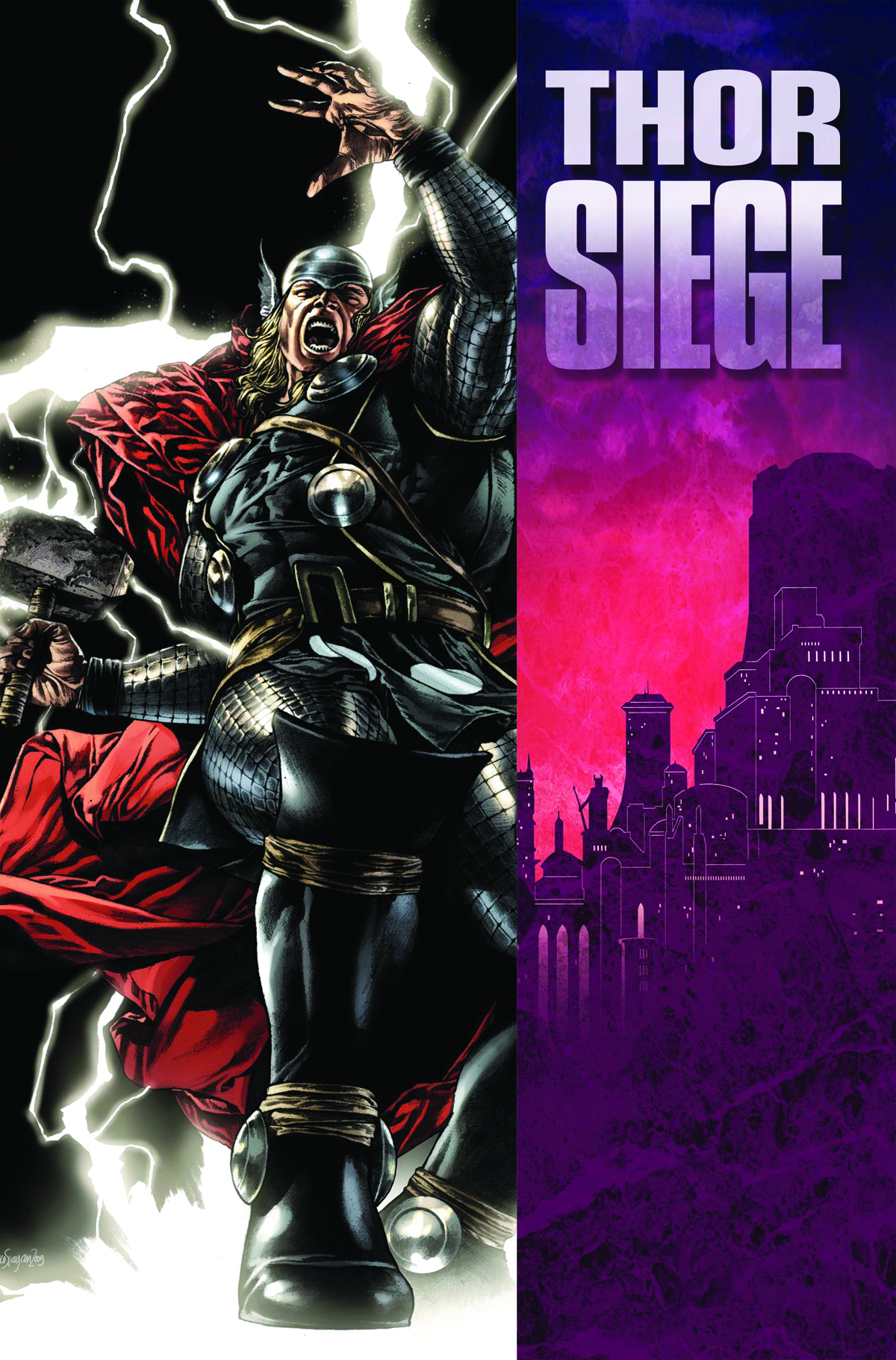 DEC090440
(W) Kieron Gillen (A) Richard Elson, Billy Tan (CA) Mico Suayan
Written by KIERON GILLEN
Penciled by BILLY TAN
Cover by MICO SUAYAN
Special Variant by TBA
SIEGE BLOCKBUSTER TIE-IN!!
Asgard lies under SIEGE! As the evil eye of Norman Osborn falls on Asgard, what happens to neighboring Broxton, Oklahoma? What unexpected enemies will be drawn to the scene like carrion to a carcass? And what unlikely heroes will rise to the town's defense? The Asgardians face the battle of their lives...and the showdown that's coming may end their new life on Earth as quickly as it began! Kieron Gillen and Billy Tan kick off their second spectacular arc!
32 PGS./Rated T+ ...$2.99