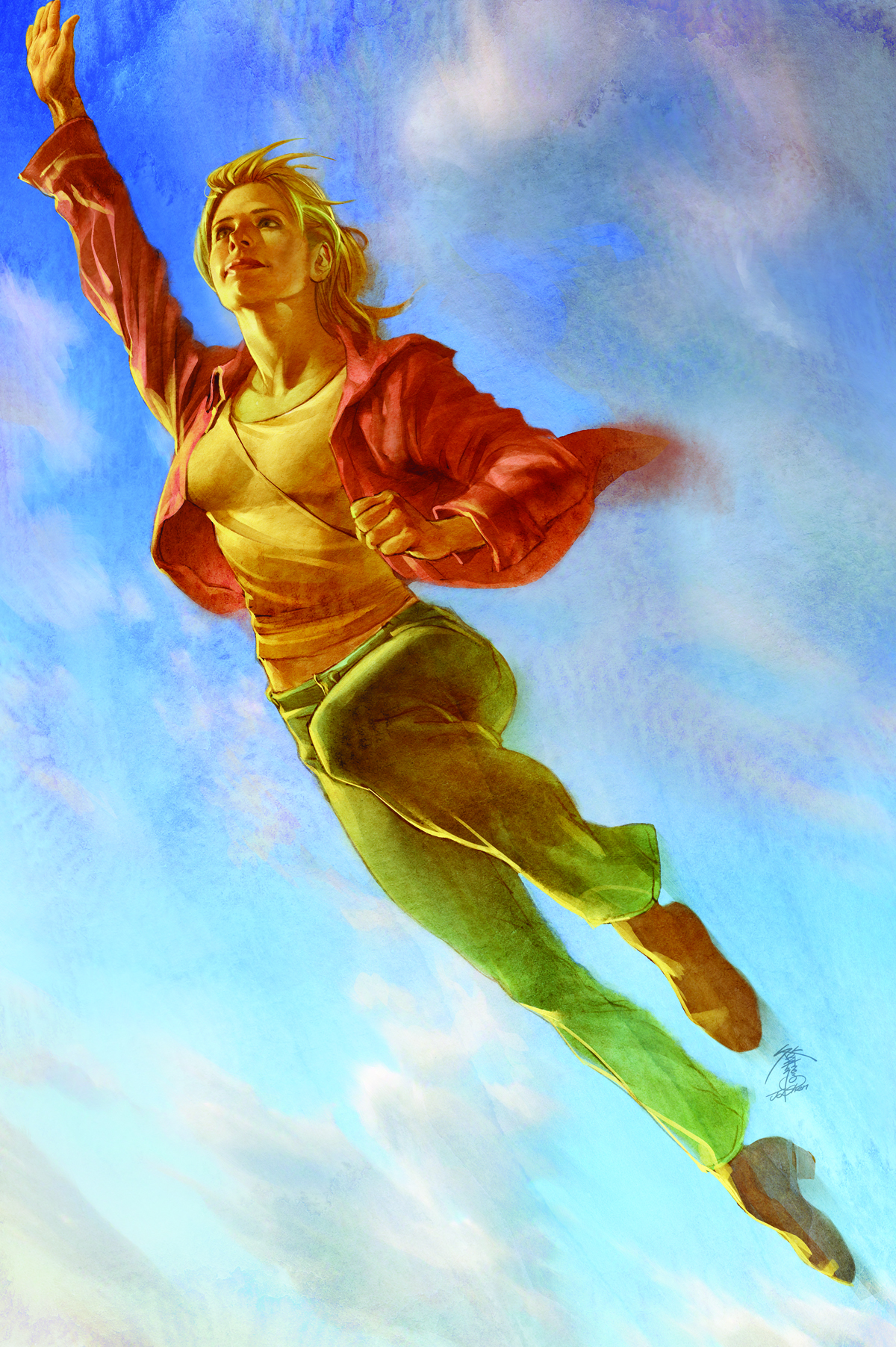 Faster than a speeding-you know. More powerful than a-yeah, one of those. Able to leap tall . . . castles in a single bound. Still working on that x-ray-vision thing. In the aftermath of battle with Twilight's army, Buffy has developed a host of new powers, but when will the other shoe drop, and will it be a cute shoe, or an ugly one? Still reeling from the losses of war, Willow goes looking for missing allies and discovers a horrifying truth about several of the Slayer army's recent ordeals.