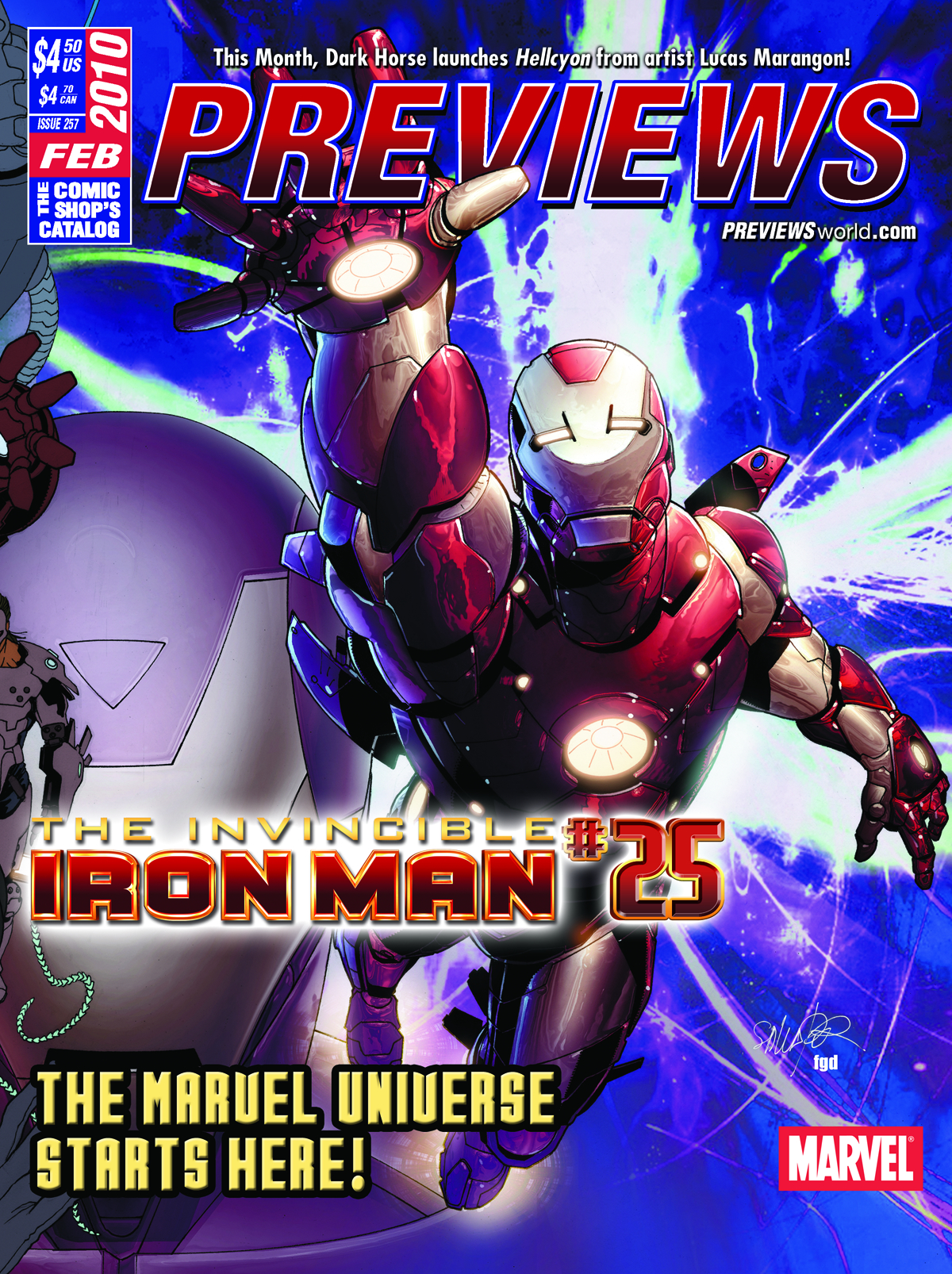 DEC090016
COVER ART: The latest project from Marvel Comics and DC Comics!
As Marvel's greatest heroes emerge victorious over its greatest challenge, the Marvel Universe now enters THE HEROIC AGE. A new spirit of hope, courage and selflessness has emerged, but the forces of evil still lurk in the shadows, waiting to strike! It's time for the most extraordinary stories ever told in the Marvel Universe as the Age of Heroes is upon us!
Since 1988, PREVIEWS has been your ultimate source for all of the comics and merchandise to be available from your local comic book shop... revealed up to two months in advance! Hundreds of comics and graphic novels from the best comic publishers; the coolest pop-culture merchandise on Earth; plus PREVIEWS exclusive items available nowhere else! Now more than ever, PREVIEWS is there to show the tales, toys and treasures in your future! This issue features items scheduled to ship from April 2010 and beyond.