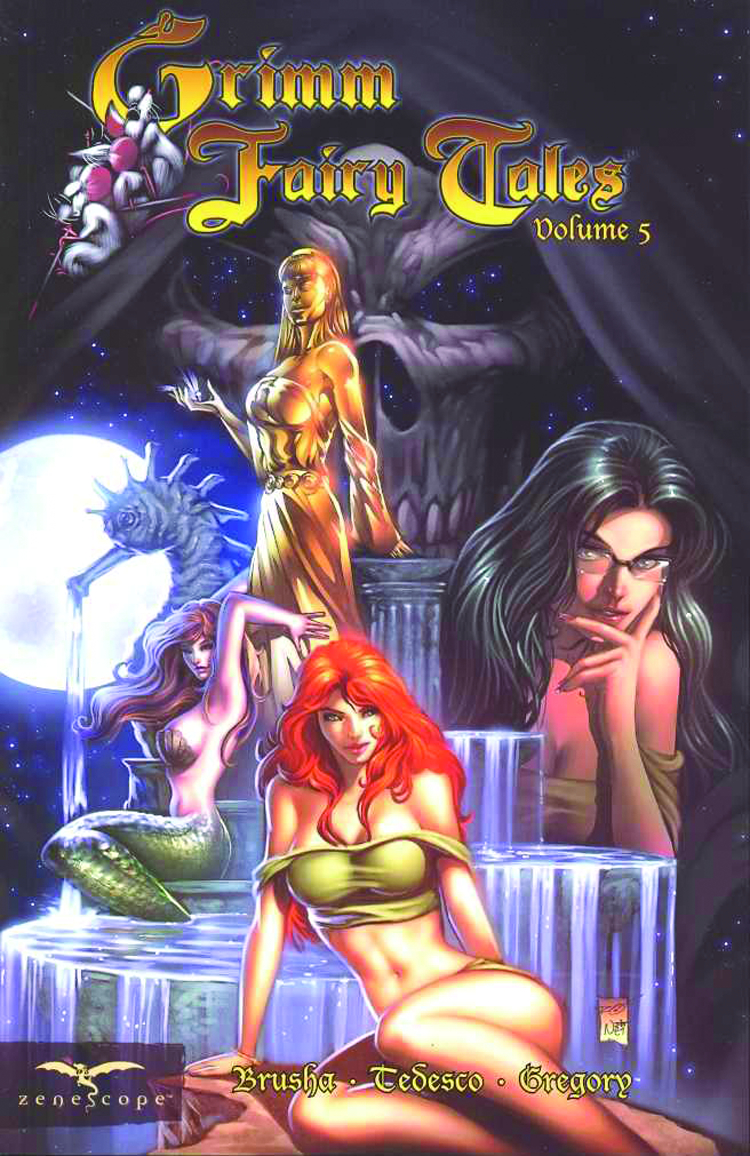 DEC084356
(W) Joe Brusha, Ralph Tedesco (A/CA) Various
by Joe Brusha, Ralph Tedesco & Various
Fairy tales and fables have been passed down from generation to generation throughout the world for hundreds of years. But there has never been an adaptation quite like this! The Little Mermaid wants nothing more than to fall in love with a prince, but the deal she makes with a mysterious being will prove to be a terrible mistake! Three "blind" mice concoct a plan to outsmart an innocent old lady, but quickly learn that appearances can many times be deceiving. King Midas is given the power to turn everything he touches into gold but finds that what sounds like a blessing is really just a horrific curse. Zenescope presents six new fairy tales retold and re-imagined with six incredible terrifying new twists will leave you wanting more! Collects issues #25-#30 of the hit series plus a bonus short story.