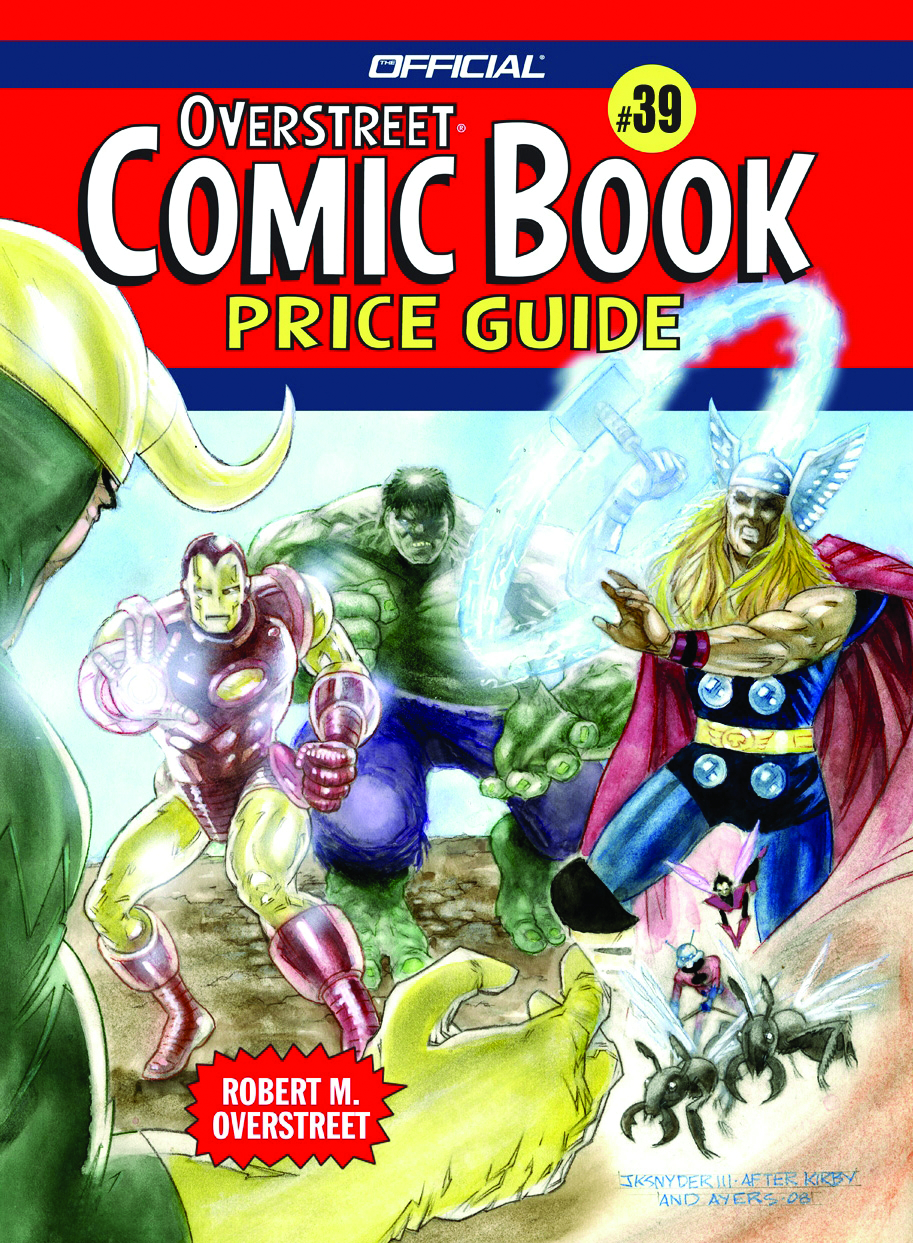 DEC084047
(W) Robert M. Overstreet (A) Various (CA) John K. Snyder
The Overstreet Comic Book Price Guide, the definitive guide for comic collector and dealers alike, is back for its 39th edition, including a 70th anniversary look at Batman's first year, an introduction to The Hero Initiative, an amazing roster of new entries in The Overstreet Hall of Fame, and the most extensive pricing from the world of comics! This edition features a choice of two covers, a great modern interpretation of The Avengers #1 by John K. Snyder III and a spot-on recreation of the classic All-Select Comics #1 by Murphy Anderson.