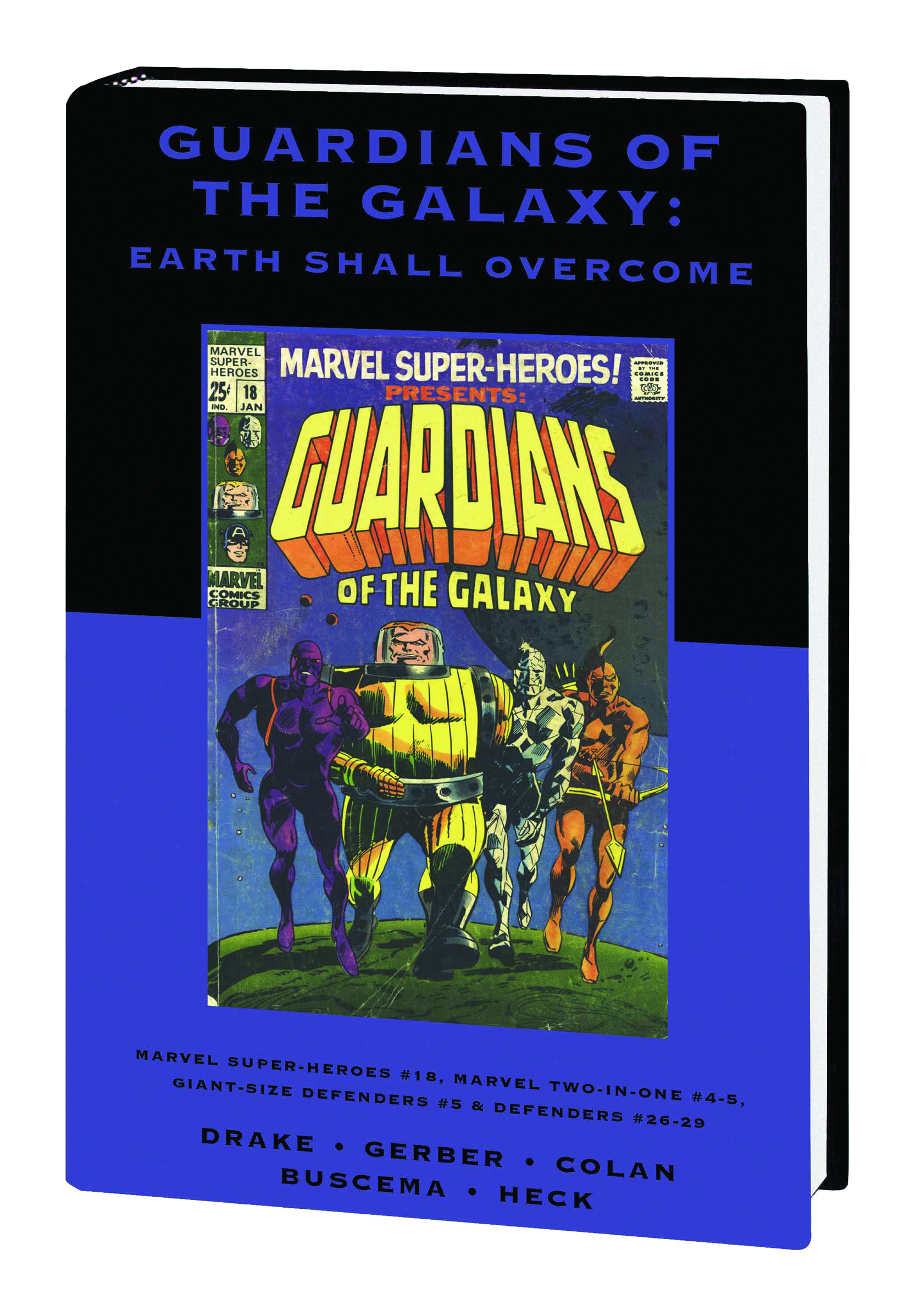 Written by ARNOLD DRAKE, STEVE GERBER, GERRY CONWAY, ROGER SLIFER, LEN WEIN, CHRIS CLAREMONT & SCOTT EDELMAN
Penciled by GENE COLAN, SAL BUSCEMA, DON HECK, VINCE
COLLETTA, FRANK GIACOIA & JOHN TARTAGLIONE
Covers by RON WILSON & ARNOLD DRAKE
In 1968, industry legends Arnold Drake (creator of DC's Deadman and Doom Patrol) and Gene Colan (penciler for virtually every major Marvel character) looked to the future and saw a crusading quartet - Vance Astro, Yondu, Martinex and Charlie-27 - rising to retake Earth from reptilian raiders! The Guardians of the Galaxy begin their battle with the Badoon, and they're not just building on the heroism of past centuries - they're recruiting from it! Captain America, Doctor Strange, the Thing, the Hulk and others join the Sol System's soldiers in a war that began a thousand years from now! Collecting MARVEL SUPER-HEROES #18, MARVEL TWO-IN-ONE #4-5, GIANT-SIZE DEFENDERS #5 and DEFENDERS #26-29.
176 PGS./Rated A ...$19.99
PRODUCT UPDATE (011409): The Guardians of the Galaxy Premiere HC Variant Edition Volume 23 HC has been renumbered Volume 24, with no change in content.