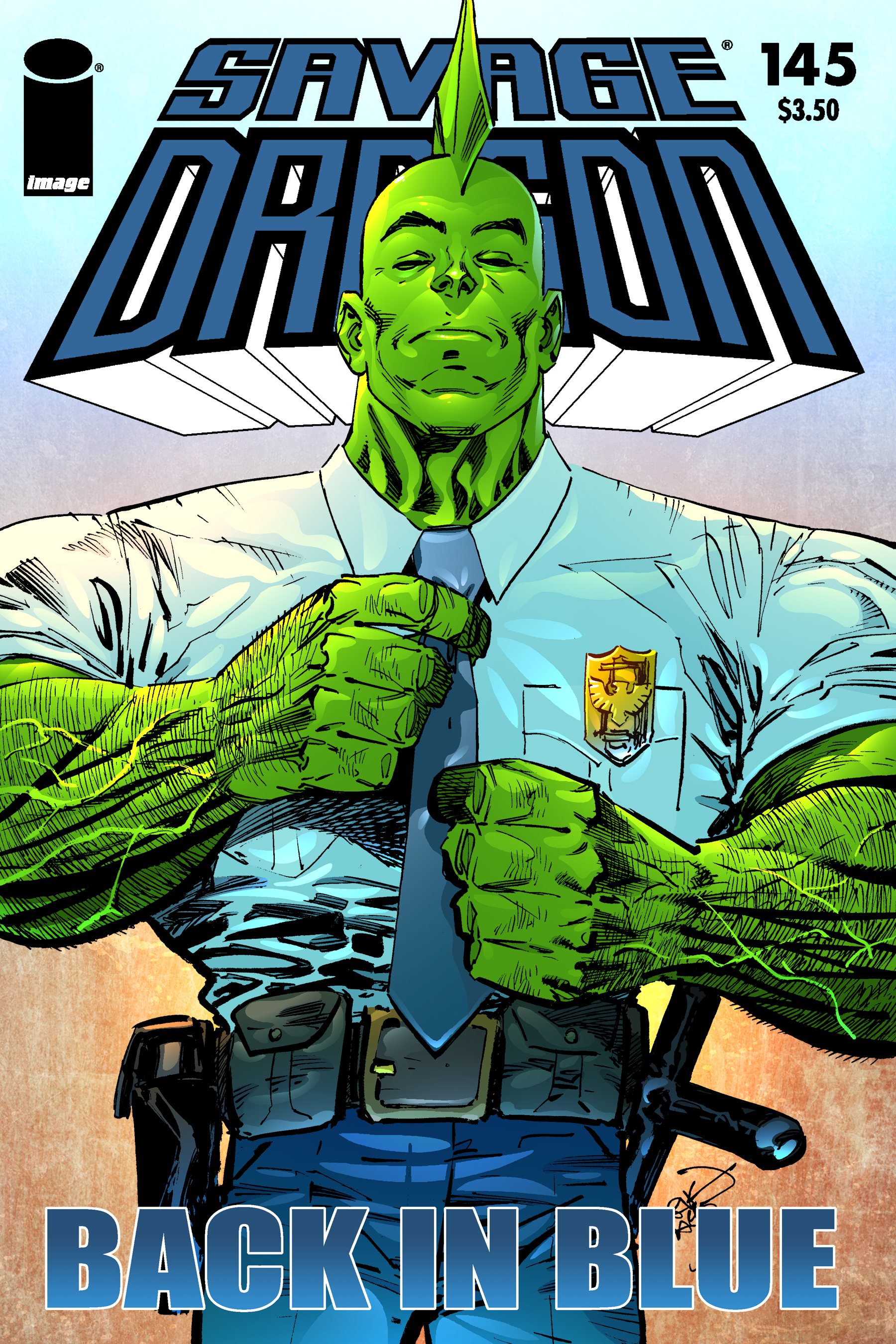 "BACK IN BLUE"
Savage Dragon goes back to his roots! Nearly 12 years after walking off the job as a law enforcement officer Savage Dragon rejoins the Chicago Police Department. It's a great jumping on point for new readers and old, and it helps pave the way for IMAGE UNITED. The Vicious Circle is reborn and Captain Frank Darling turns to the one man he knows can get the job done: The Dragon! It's history in the making, boys and girls! This issue of SAVAGE DRAGON comes with our highest possible recommendation!