TRANSMETROPOLITAN TP VOL 01 BACK ON THE STREET (MR) 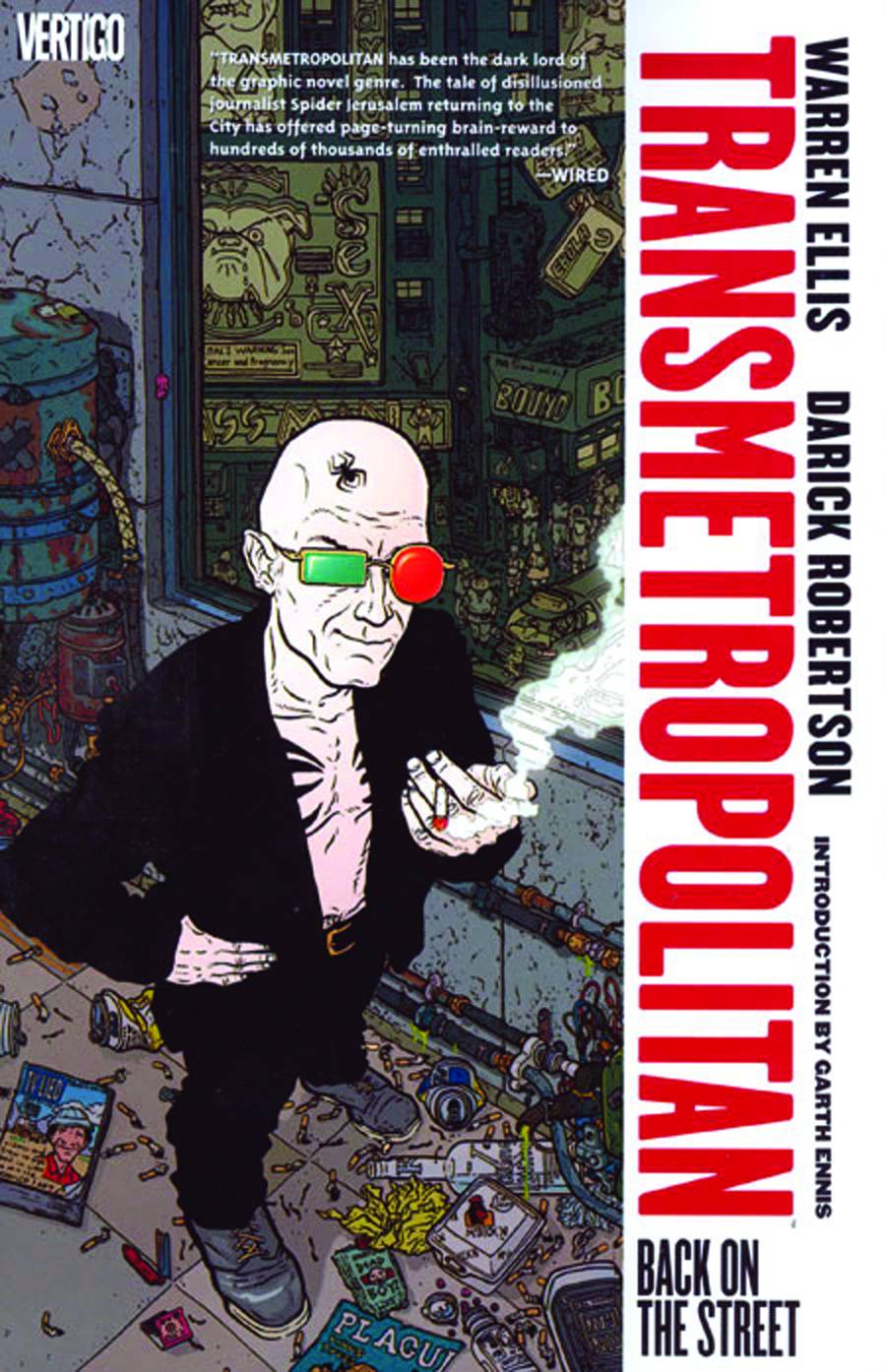 #
DEC080220
(W) Warren Ellis (A/CA) Darick Robertson
Written by Warren Ellis
Art by Darick Robertson, Jerome K. Moore, Keith Aiken, Ray Kryssing, Dick Giordano, Kim DeMulder and Rodney Ramos
Cover by Darick Robertson
DC's new editions of TRANSMETROPOLITAN begin here, with this volume collecting issues #1-6 of the acclaimed Vertigo series from writer Warren Ellis and artist Darick Robertson! After years of selfimposed exile from a civilization rife with degradation and indecency, cynical journalist Spider Jerusalem is forced to return to a job he hates and a city he loathes. Working as an investigative reporter for the newspaper The Word, Spider attacks the injustices of his surreal 23rd century surroundings.
In this first volume, Spider ventures into the dangerous Angels 8 district, home of the Transients - humans who have decided to become aliens through cosmetic surgery. But Spider's interview with the Transients' leader gets him a scoop he didn't bargain for. And don't miss Spider's first confrontation with the President of the United States . . . in a men's room.
Advance-solicited; on sale March 11