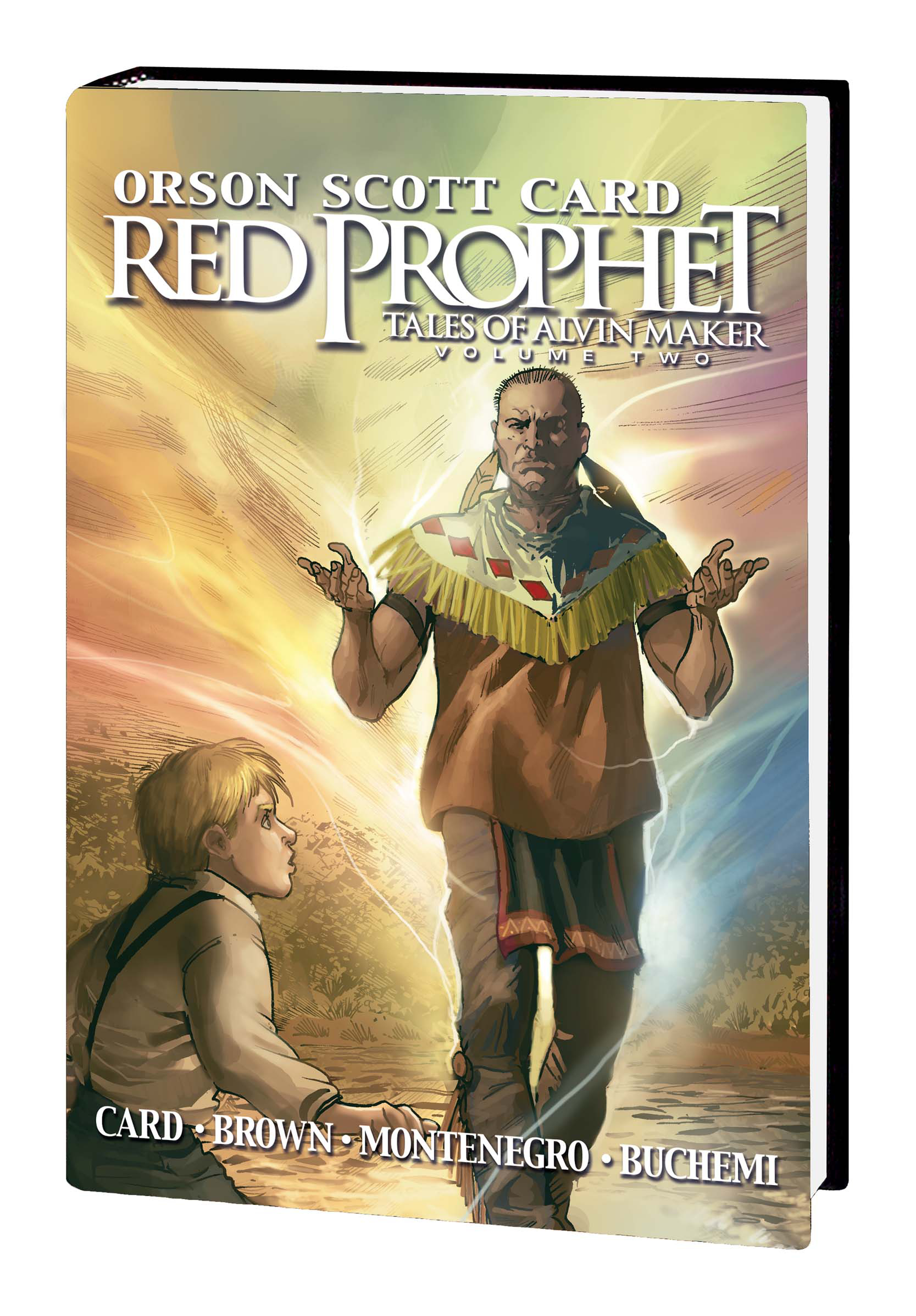 DEC072265
(W) Rob E. Brown, Orson Scott Card (A) Rodney Buchemi, Miguel Montenegro
Written by ORSON SCOTT CARD
Adapted by ROLAND BERNARD BROWN & RODNEY BUCHEMI
Pencils by MIGUEL MONTENEGRO & HARVEY TOLIBAO
Covers by MIGUEL MONTENEGRO
In an alternate history of the American frontier where folk magic actually works, young Alvin Smith and his older brother Measure have been rescued from a violent tribe by Ta-Kumsaw, the leader of the Shaw-nee. And now Ta-Kumsaw and the man known as the "Red Prophet" have presented Measure with a difficult prophecy: he must leave his brother with the Shaw-Nee and return to their family alone or Alvin will die in three days. But the white men of Vigor Church aren't going to be happy when they hear that one of their own is in the charge of a man who may one day lead the war against them... Adapted from the novel by New York Times Best-Selling author Orson Scott Card, this special collection continues Card's epic story of American fantasy, weaving magic, history, and unparalleled storytelling together into an amazing and unique adventure! Collecting RED PROPHET: THE TALES OF ALVIN MAKER #7-12.