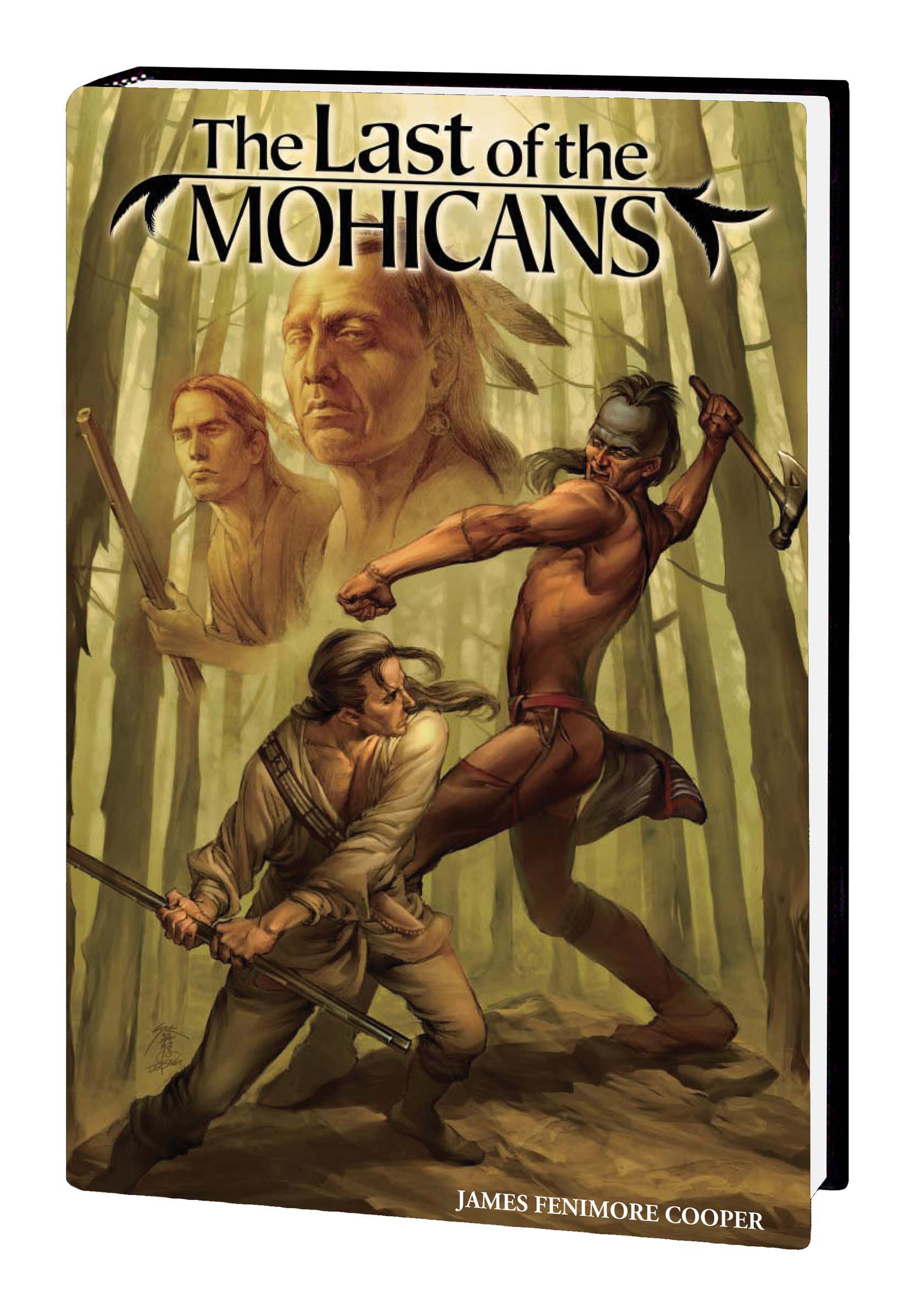 DEC072251
(W) Roy Thomas (A) Various (CA) John Watson
Written by ROY THOMAS (based on the novel by JAMES FENIMORE COOPER)
Penciled by STEVEN KURTH
& DENIS MEDRI
Cover by JOHN WATSON
The very first MARVEL ILLUSTRATED story, The House of Ideas' new foray into classic literature, featuring an adaptation of James Fenimore Cooper's renowned novel! Adapted by writer Roy Thomas, who's a Marvel classic himself (AVENGERS, X-MEN, CONAN) with stunning art by Marvel newcomer Steve Kurth. LAST OF THE MOHICANS tells the seminal story of a race on the brink of disappearance due to the inexorable push of civilization into the wilderness of the New World. It's a tale that will touch readers of every age with both its timeless realization of an important historical period - and with its powerful action and adventure! This isn't your father's classic comics! Collecting MARVEL ILLUSTRATED: LAST OF THE MOHICANS #1-6.
PRODUCT UPDATE (020608): The Final Order Cut-Off Date has changed to February 7, 2008. The March 12, 2008 ship date is unaffected. In addition, the Marvel Illustrated: Last of the Mohicans Premiere HC will be 184 pages, not the originally solicited 184 pages.