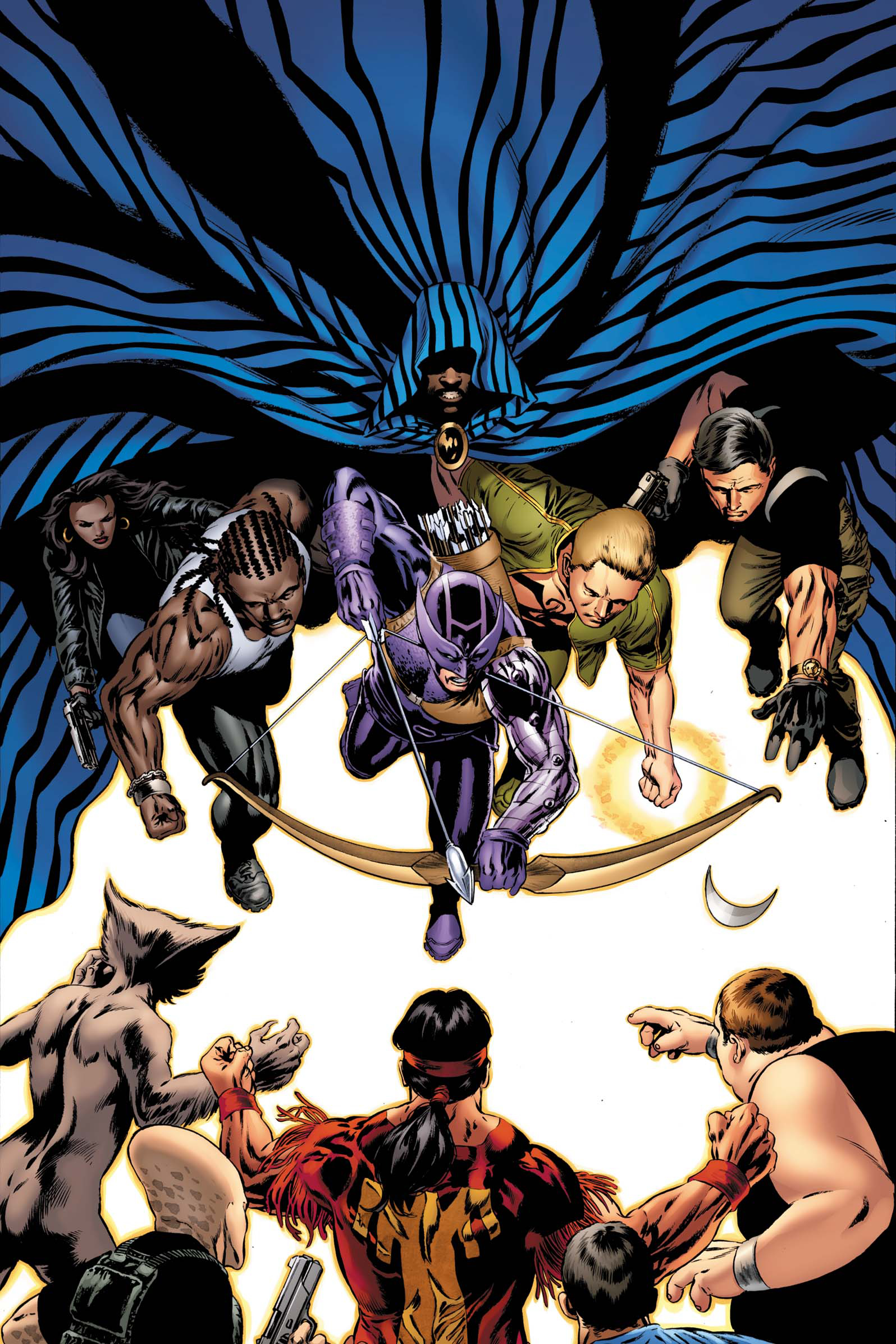 DEC072184
(W) Christos N. Gage (A) Mike Perkins
Written by CHRISTOS GAGE
Pencils & Cover by MIKE PERKINS
The action-packed conclusion! Thunderbird and the Brotherhood begin their purge of Sapien Town, backed by the authority of the House of M!  Only Luke Cage and The Avengers stand in their way!  But will there be anything left of Sapien Town when the smoke clears...?