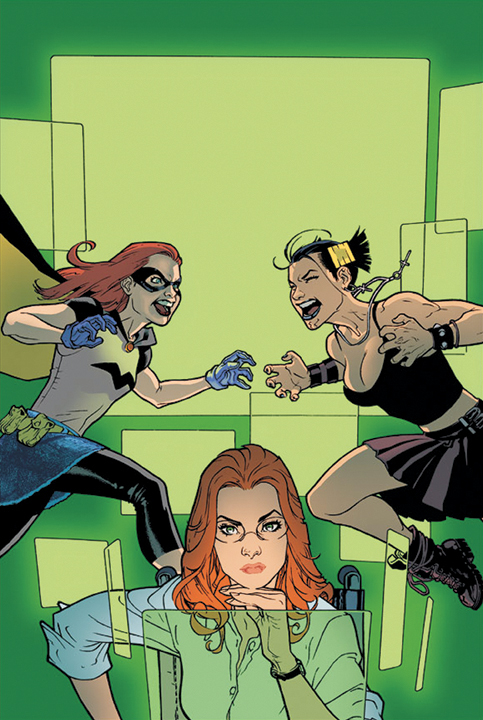 DEC070222
(W) Sean McKeever (A) Nicola Scott (CA) St?phane Roux
Written by Sean McKeever
Art by Nicola Scott & Doug Hazlewood
Cover by Stephane Roux
Black Alice flies alongside the Birds of Prey, much to the frustration of Misfit, who's still not been allowed to operate as an official member of the team. Oracle has her hands full with these two volatile teens, and things are about to get worse!
On sale February 20