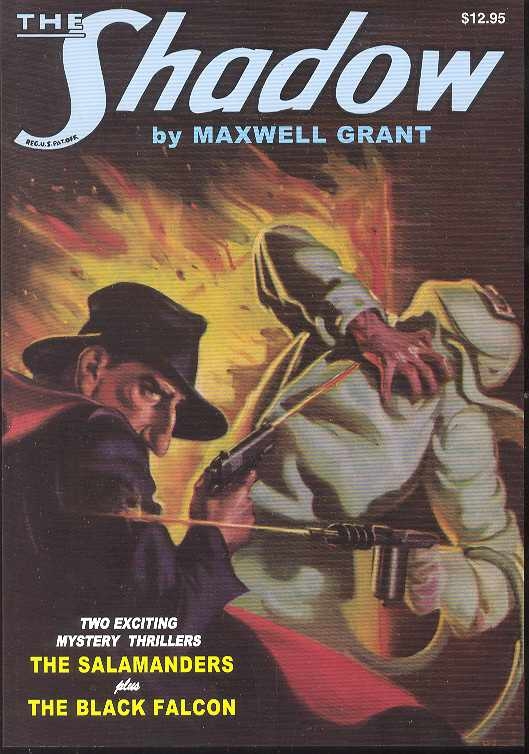 DEC064035
(W) Maxwell Grant Walter Gibson (A) Tom Lovell (CA) George Rozen
The legendary super-sleuth returns in two more pulp classics by Walter Gibson (writing as Maxwell Grant). In "The Black Falcon" (1934), Lamont Cranston is abducted by a master spy from The Shadow's secret past. Then, can the Knight of Darkness defeat a Dragon of Fire before the city becomes a blazing inferno? The exciting answer is found in "The Salamanders," an action-packed 1936 thrill ride in which Gibson was directed to out-Spider Norvell Page's Spider thrillers. This instant collector's item also features the original pulp covers by George Rozen, interior illustrations by Tom Lovell, and "The Island of Ancient Death," a bonus Shadow story adapted from the broadcast-to-pulp format by radio scriptwriter Gibson Scott Fox.