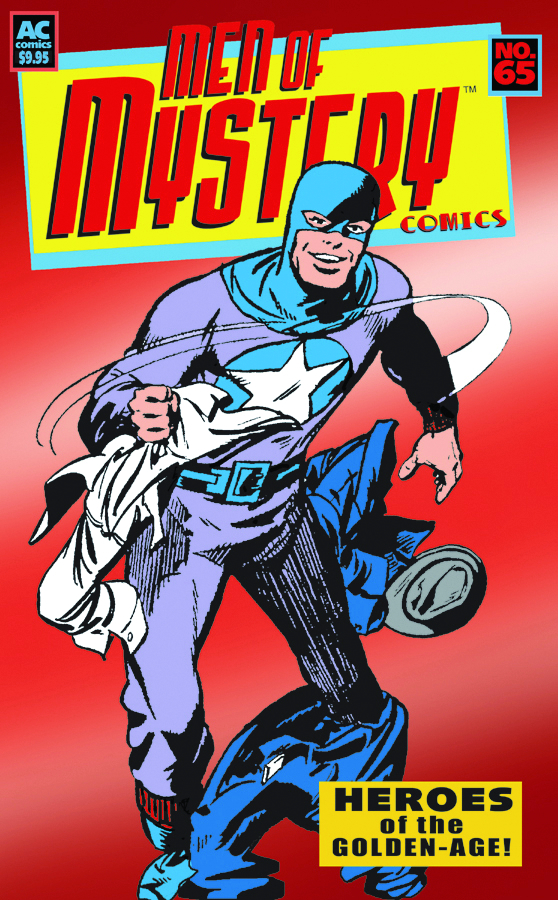 DEC063223
by Various
Another celebration of the costumed adventurer in the early days of the American comic book! This month's debut characters include the wartime star of Speed Comics, (and one of the best of the era's Captain America knock-offs), Captain Freedom, as drawn by Arturo Cazenueve, a prolific artist who (particularly at DC in the 1940's) was often tapped to replace Jack Kirby when the King moved onto other features; Radar, one of the first of the spy-and-espionage characters introduced to replace the patriotic "Axis-smashers" at the end of WWII (in his case, by Captain Marvel publisher Fawcett); and Jack of Spades, a very strange and somewhat mystical superhero type who has rarely been mentioned by Golden Age historians.