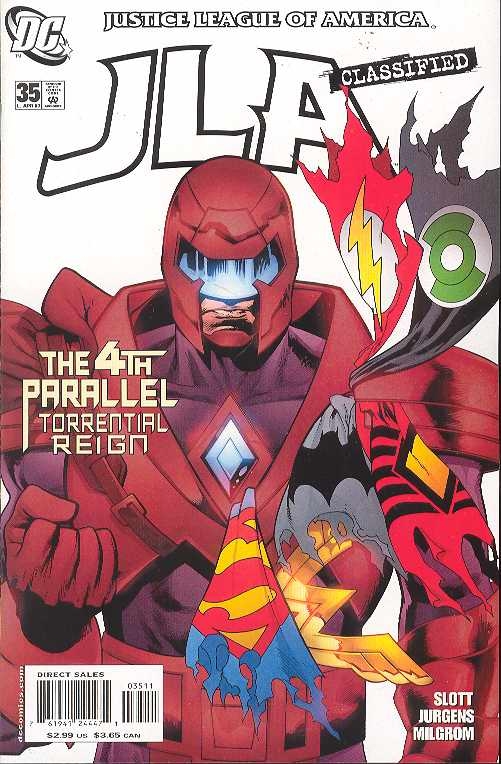 DEC060225
(W) Dan Slott (A/CA) Dan Jurgens
Written by Dan Slott & Dan Jurgens
Art by Jurgens & Jerry Ordway
Cover by Jurgens & Kevin Nowlan
JLA CLASSIFIED ships twice in February, as the 5-part sory "The 4th Parallel" heats up! Issue #34 features Part 3, as the Red King continues his fact-finding exploration of the multi-verse and discovers a second splinter world. And on this world it seems Batman may have the upper hand... for now!
And in issue #5, the final world created by Doctor Destiny's Materioptikon is completely dominated by the Red King... as the Justice League of America is dismantled one member at a time!
Issue #34 on sale February 14; issue #35 on sale February 28
32 pg, FC, $2.99