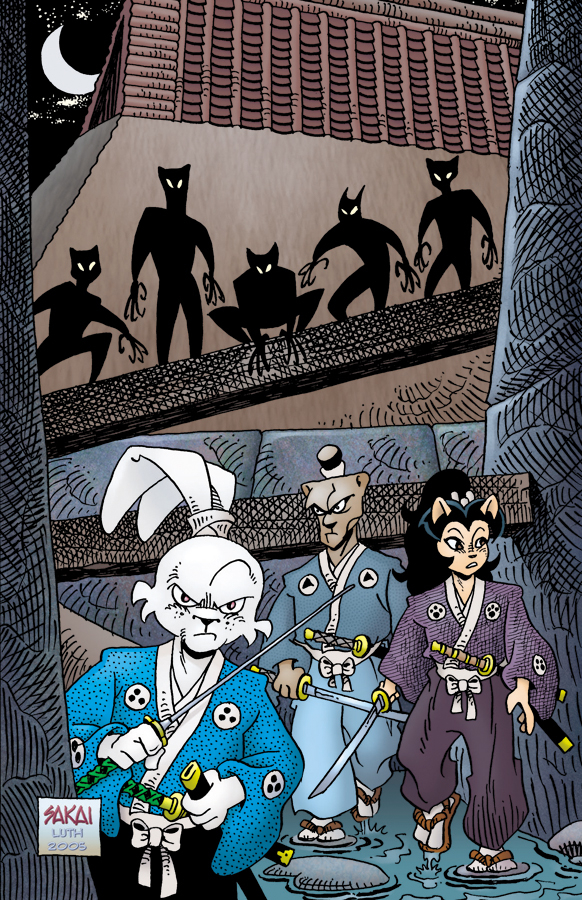 DEC050022
(W) Stan Sakai (A/CA) Stan Sakai
The hauntings continue! Last issue the rabbit ronin, Usagi Yojimbo, was faced with a mysterious and grisly murder at Geishu Castle, but the leading suspect was a woman who has been dead for ten years! Now, after another murder attempt, Usagi himself is believed to be the ruthless assassin! The long-eared wanderer must team with Tomoe and a distrustful bodyguard to solve the mystery of the Geishu ghost-before its razor-sharp claws carve into another victim. Catch the conclusion to the two-part "The Ghost in the Well," this month from world-renowned storyteller Stan Sakai!