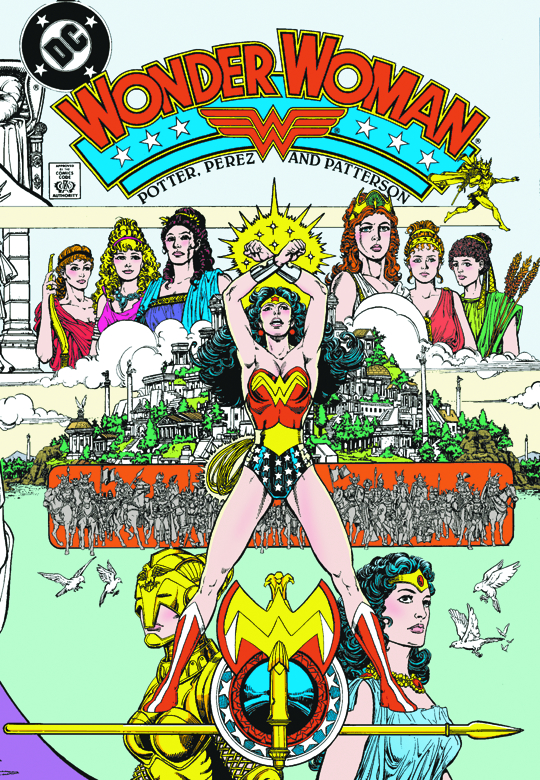 DEC030290
(W) George Perez, Various (A) Bruce D. Patterson (A/CA) George Perez
Written by George P rez, Greg Potter and Len Wein; art by P rez and Bruce Patterson; cover by P rez
In stores February 18. Collecting WONDER WOMAN #1-7, featuring the young Amazon's origin and her introduction to "Man's World."  Before she has a chance to fully assimilate into her new home, Wonder Woman must battle the chaos of the Greek god Ares, as he plans to bring upon World War III!  This collection, the first in a 4-volume series reprinting the first two years of George P rez's run on WONDER WOMAN, also features an introduction, rare art, and a new cover by P rez.  For more information, see the feature article.
SC, 7x10, 192pg, FC