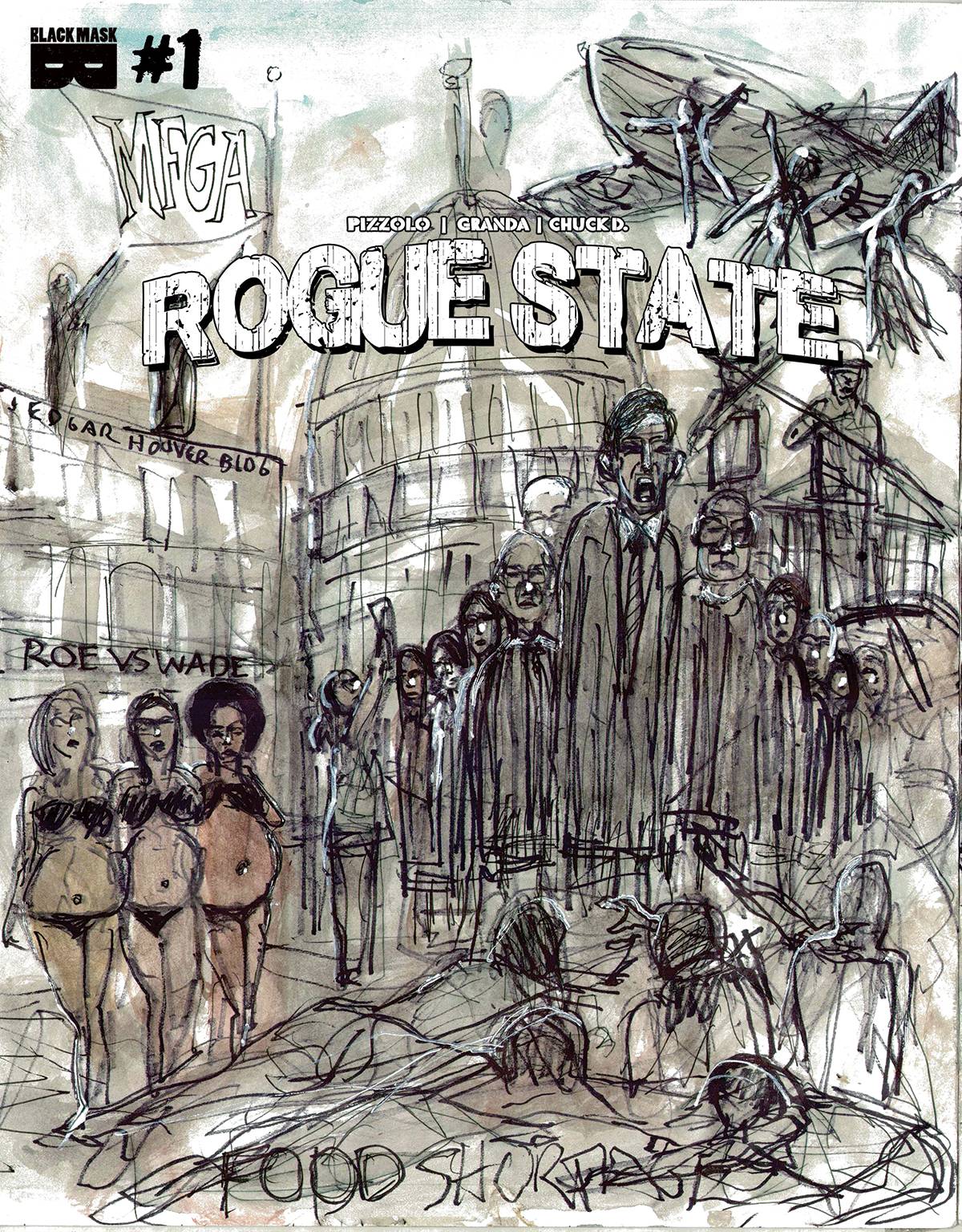 #
AUG228586
(W) Matteo Pizzolo (A) Carlos Granda (CA) Chuck D
Featuring a limited edition cover by the legendary Chuck D of Public Enemy.
"Depicts an American hellscape in art." -Rolling Stone
What if a contested Presidential election plunged America into turmoil? What if political violence consumed the streets? And what if a raging Supreme Court, in a strict interpretation of the 2nd Amendment, legitimized and deputized all militias-transforming the entire country into a paramilitary police state?
What if a freedom fighter emerged from the chaos, raised a civilian army, and carved out a territory across the United States?... pushing out police, militias, and National Guard... enforcing its own laws... Sovereign.
What if Americans refused to be governed?
In this speculative fiction comic book series ripped from tomorrow's headlines, a mysterious figure named Vya Of Brightstars will rise from the crisis, but is she a freedom fighter or a terrorist? Either way, her rogue state will not just blaze a path across America, it will also inspire others to raise their own armies... some in solidarity, others in opposition.
"ROGUE STATE... is a genre known as 'speculative fiction.' Except that it doesn't seem as speculative anymore." (-The San Francisco Chronicle)
From writer Matteo Pizzolo (CALEXIT, GODKILLER) and artist Carlos Granda (PIROUETTE, CALEXIT: SAN DIEGO), comes this tale of rebelling against tyranny, reconquering stolen land, punching fascists in the face, and building a better nation.

Special edition cover by Chuck D of Public Enemy.
"The concepts Matt is presenting here are so familiar they should be terrifying. I thought the concept that there are good people out there but are surrounded by adversaries, even though they might look normal, was radical." -Chuck D. (Public Enemy)
In Shops: Nov 16, 2022
SRP: $5.99
View All Items In This Series
ORDER SUBSCRIBE WISH LIST