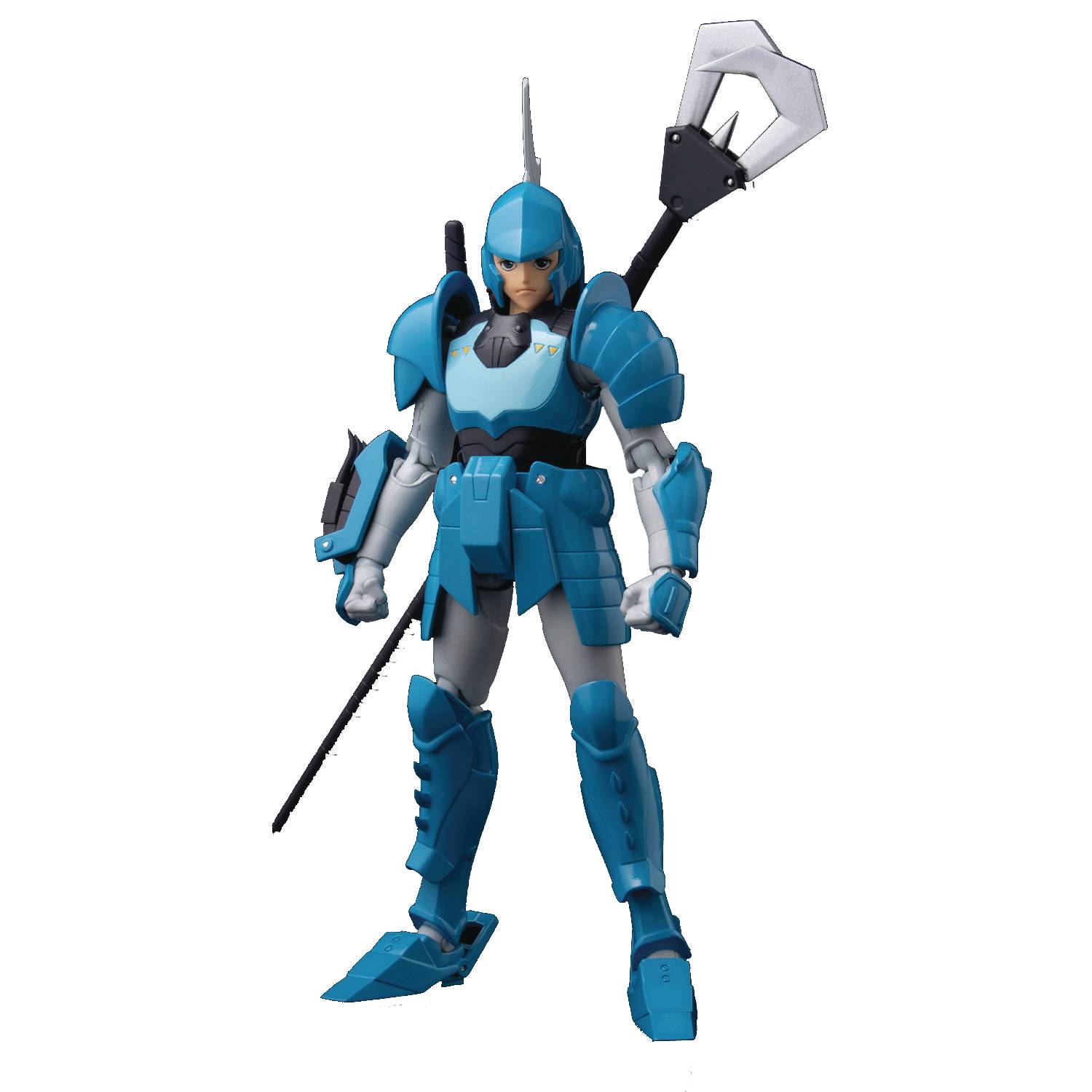 # # # # # # # # # # #
AUG228425
From Sentinel. A PREVIEWS Exclusive! End the Demons' evil ambitions with the virtue of Trust! This is the fifth entry in the Chou-Dan-Kadou action figure series! The armor can be displayed on its own with the use of the included frame base, recreating the form it appears as when summoned. The prongs on the trident can open and close, and the entire weapon can be stored on the back. There is also storage for the dagger, and the claws on the gauntlet are foldable as well. A total of four face parts with different expressions that stay true to Noriyasu Shioyama's original character design for Shin are also included and magnets are implemented in certain weapons. Born from Sentinel's own virtue of Trust, Chou-Dan-Kadou Cye Of The Torrent is an action figure you can't miss out on!