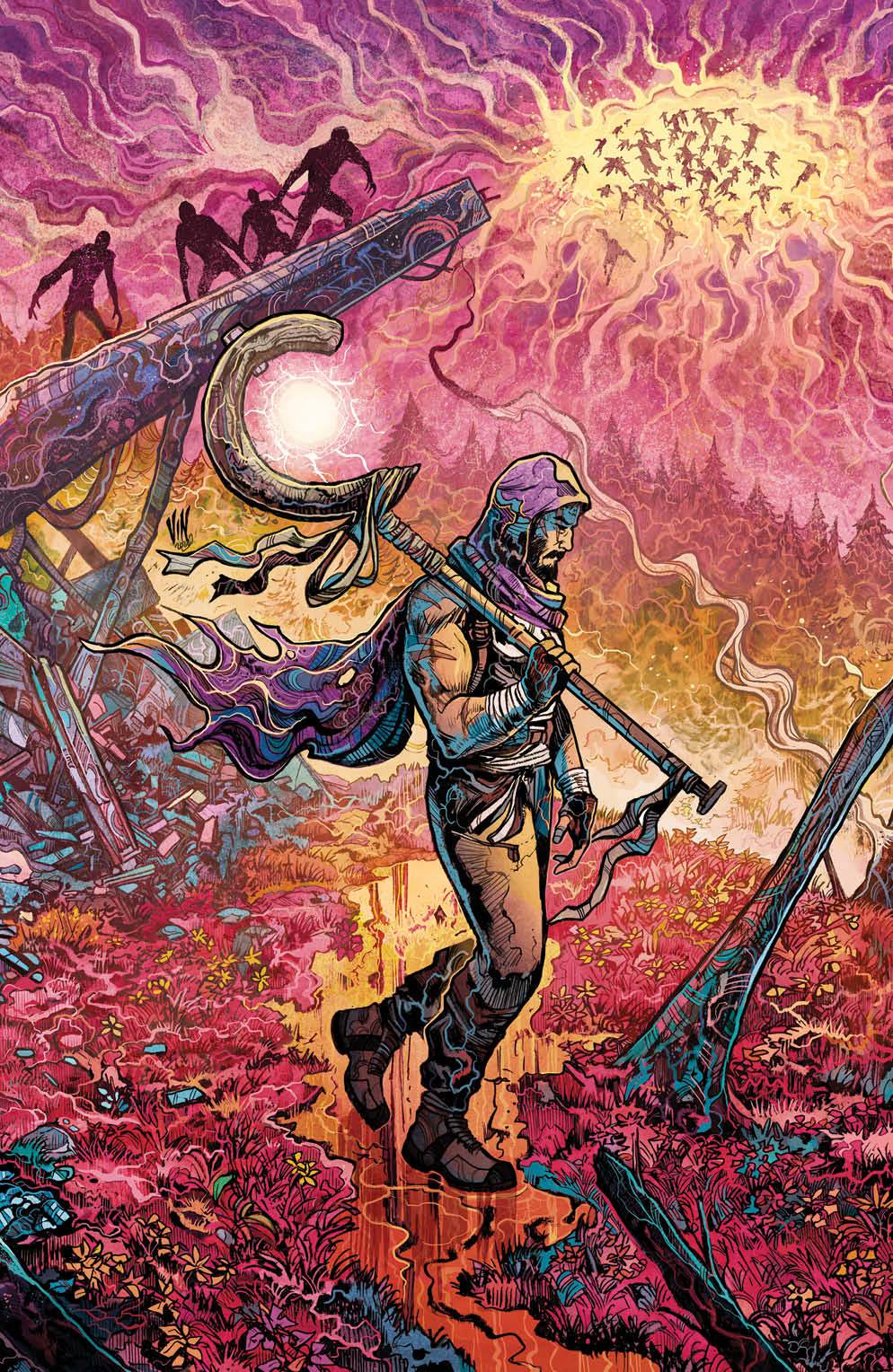 #
AUG228208
(W) Tate Brombal (A) Nick Robles (CA) Vincenzo Riccardi
House of Slaughter's Tate Brombal brings his first original series to BOOM! Studios alongside red hot artist Nick Robles (The Dreaming: Waking Hours).
Greyson's world is crumbling following his brother's sudden and mysterious death...  His sleepless nights are haunted by vivid nightmares of a terrifying monster, pushing him to the brink of losing both his sanity and his job as a social worker.
But he's truly shaken to the core when his newest case-a young orphaned girl named Wren-is found at the scene of a brutal murder, just hours after first meeting Greyson.
The line between nightmare and waking life blurs as Greyson soon discovers that the monster from his dreams might just be real-a mythical, ancient beast that is bringing about the end of the world, with shocking connections to both him and Wren...
In Shops: Nov 23, 2022
SRP: $9.99
View All Items In This Series
ORDER SUBSCRIBE WISH LIST