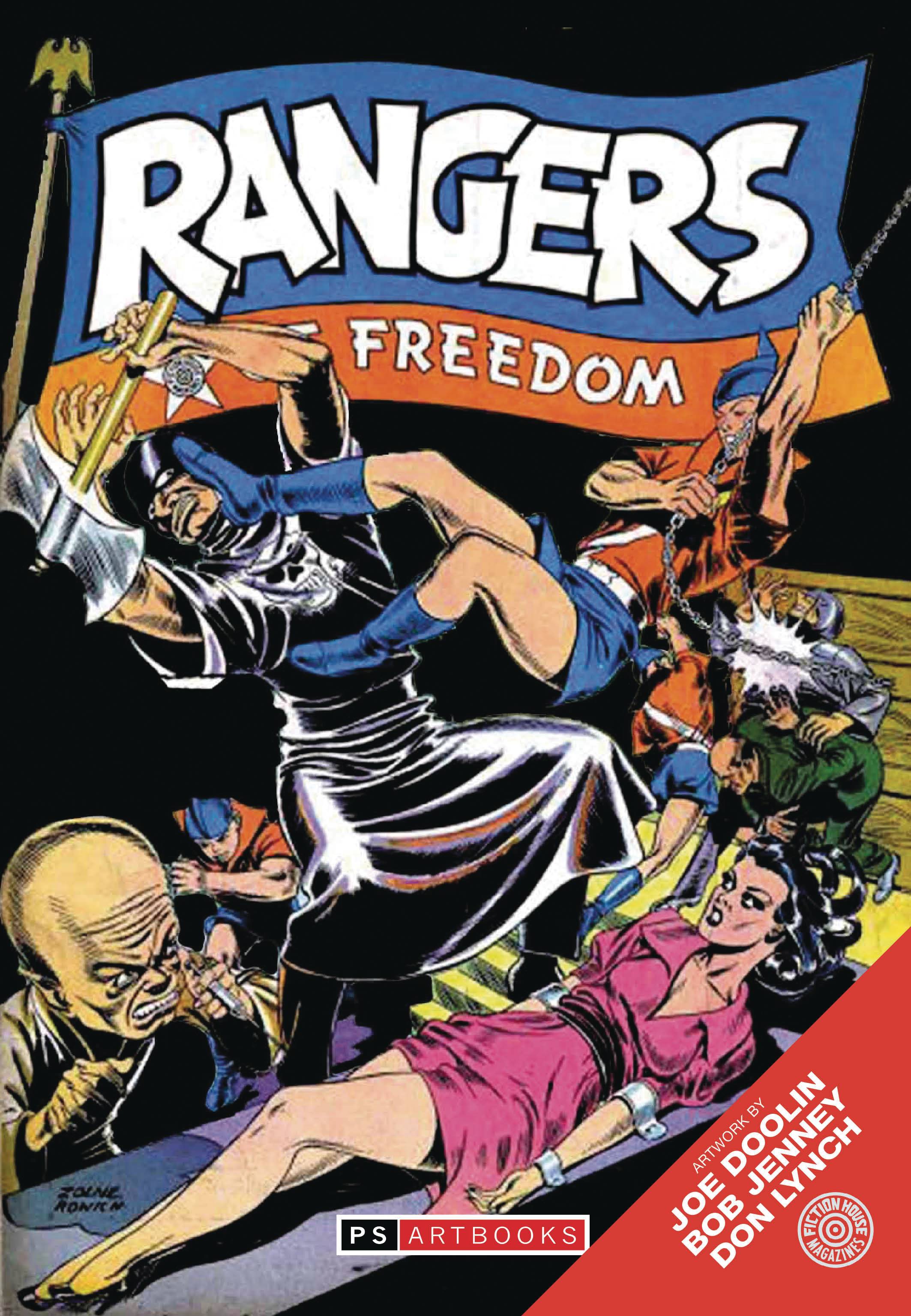 #
AUG221751
(A) Joseph Doolin, Dan Zolnerowich, Jim Chambers, Bob Jenney, Bob Hebberd, Harry Fisk, Richard Case
The Rangers of Freedom were "Biff" Barkley, "Tex" Russell and Peter Cabot, three young men who were recruited by the FBI because their physical and mental fortitude made them "the best specimens of American youth." They donned patriotically themed bulletproof costumes, but they had no secret identities. Together with Ranger Girl they fought villainous Nazis and Japanese forces led by the Super-Brain and the Black Dragon Society. Though they had no powers, the Rangers were good fighters. And they needed to be - as Superbrain's hooded axeman raises his bloody blade over Ranger Girl - the Freedom Trio slammed into action in the classic "The Headsman of Hate"! Collects Rangers of Freedom #1-3 (October 1941-February 1942).
In Shops: Jan 25, 2023
SRP: $52.99
View All Items In This Series
ORDER SUBSCRIBE WISH LIST