NUMB TO THIS MEMOIR OF MASS SHOOTING GN 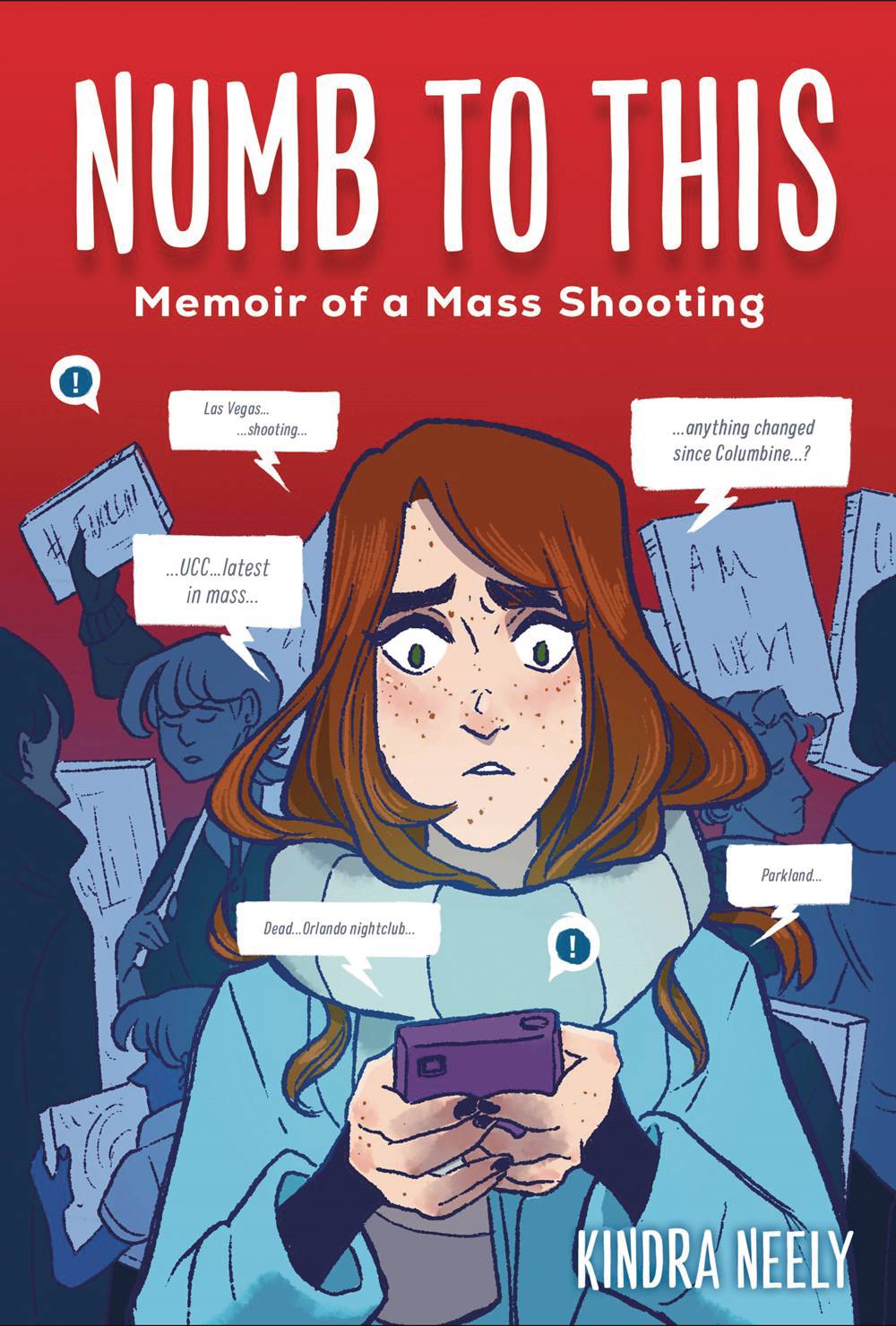 #
AUG221624
(W) Kindra Neely (A) Kindra Neely
This searing graphic memoir portrays gun violence through a fresh lens, giving it urgency, humanity, and a very personal hope
Kindra Neely never expected it to happen to her. No one does. Sure, she'd sometimes been close to gun violence, like when the house down the street from her childhood home in Texas was targeted in a drive-by shooting. But now she lived in Oregon, where she spent her time swimming in rivers with friends or attending classes at the bucolic Umpqua Community College.
And then, one day, it happend: a mass shooting shattered her college campus. Over the span of a few minutes, on October 1, 2015, eight students and a professor lost their lives. And suddenly, Kindra became a survivor. This empathetic and ultimately hopeful graphic memoir recounts Kindra's journey forward from those few minutes that changed everything.
It wasn't easy. Every time Kindra took a step toward peace and wholeness, a new mass shooting devastated her again. Las Vegas. Parkland. She was hopeless at times, feeling as if no one was listening. Not even at the worldwide demonstration March for Our Lives.  But finally, Kindra learned that-for her-the path toward hope wound through art, helping others, and sharing her story.
In Shops: Oct 12, 2022
SRP: $24.99
ORDER WISH LIST