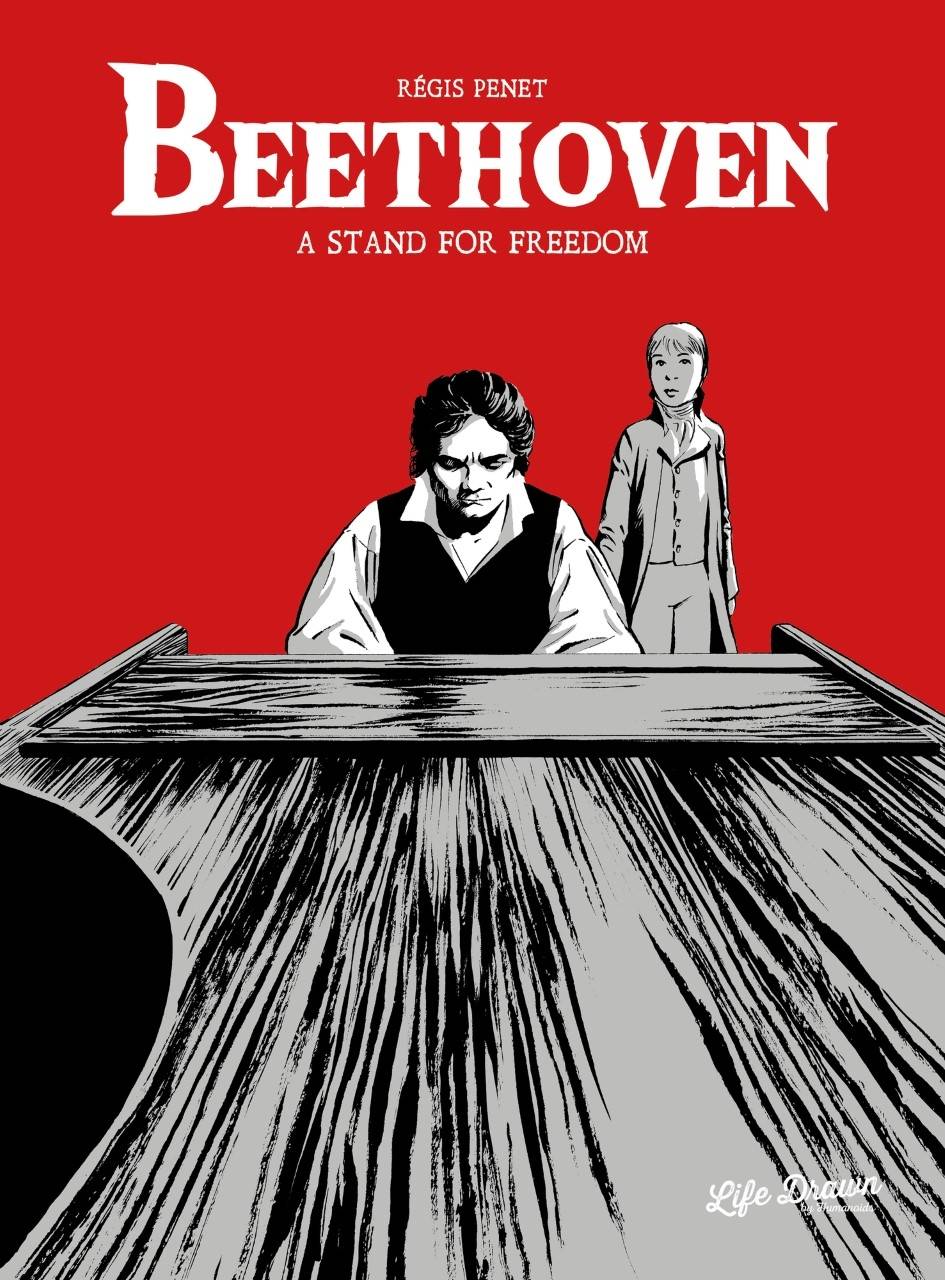 #
AUG221513
(W) Regis Penet (A/CA) Regis Penet
Through an important episode in the life of Ludwig van Beethoven, Régis Penet paints the portrait of a humanist genius who refused to submit to the powerful.
"Tell the French that there is still one man in Austria who is not subject to them, and that he does not bear any title!"
1806. The great Napoleonic conquests are underway and Austria is now occupied by French troops. Ludwig van Beethoven, by now a towering figure in Austrian culture, resides in the palace of Prince Alois von Lichnowsky, his friend and patron. One fateful night, von Lichnowsky demands Beethoven play for his guests to show "what remains of a prince of Austria." But Beethoven refuses.
A striking portrait of the "bear of the salons": a genius sure of his talent, indomitable, and devoted to freedom.