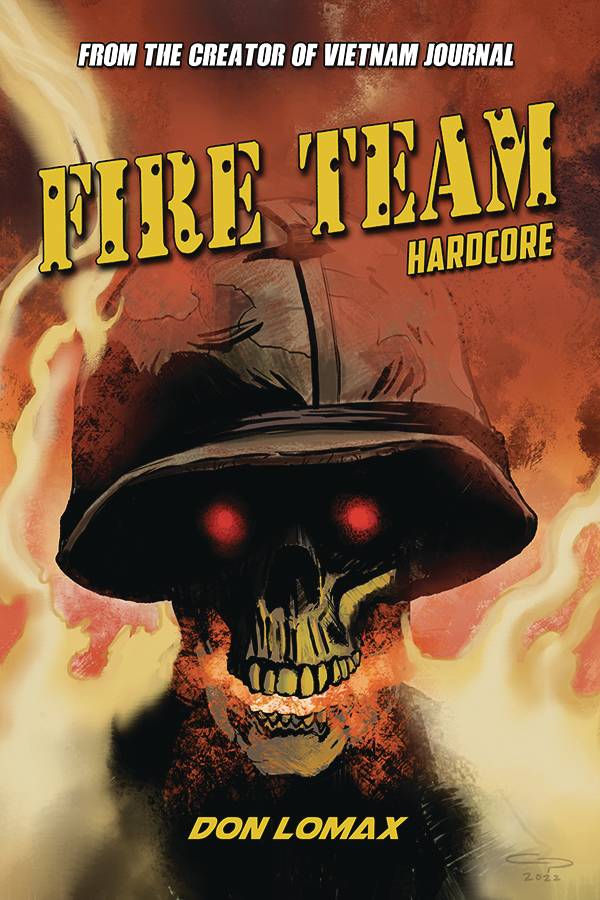 #
AUG221295
(W) Don Lomax (A) Don Lomax (CA) Gabriel G Perez
Collected and published for the first time in over 30 years! From Harvey-nominated writer/artist Don Lomax, creator of the Vietnam Journal series. Cam Ky MacMurphy is half-Vietnamese, half-American. His uncle, Nguyen Van Tan, raised him from birth in the US and the two live in an area that is controlled by a skinhead gang. The neighborhood lives in fear as the gang forces them to pay "protection" money. When Nguyen refuses, he and Cam are beaten and their family store is burned to the ground. Then hope appears in the form of a ghost from the past. When Nguyen was young, right after Cam was born, he worked with a U.S. Fire Team deployed in the last days of the Vietnam War. The team was comprised of six brave men who ended up sacrificing their lives trying to evacuate women and children from an about to be overrun base. Now the Fire Team has come back from the dead to not only save Nguyen and Cam but bring news to Cam that his American father is alive and fighting a guerilla war in the Vietnamese jungles! Collects all 6 issues.
In Shops: Oct 19, 2022
SRP: $16.99
View All Items In This Series
ORDER SUBSCRIBE WISH LIST