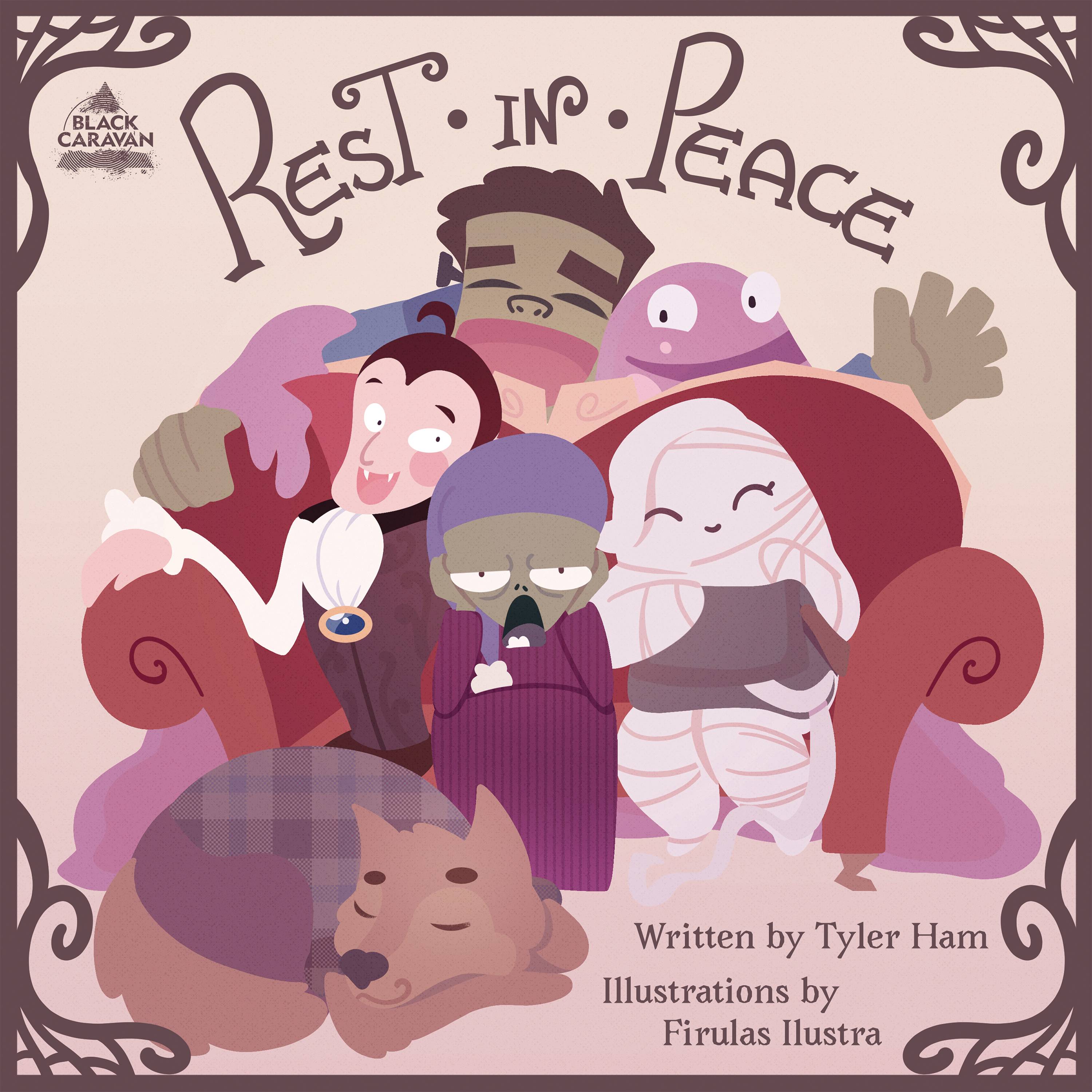 #
AUG221245
(W) Tyler Ham (A/CA) Firulas Ilustra
Have you ever been overwhelmed by houseguests who won't let you rest in peace? Ghoul has! After a long Halloween night, his monster friends start knocking on his door. He reluctantly allows Dracula in. Then the Werewolf. Next the Mummy, followed by Frankenstein's Monster. Finally when Blob tries to ooze his way through the door Ghoul loses his cool and kicks them all out into the darkness. But was his decision too hasty? Only when his conscience-in the form of the Invisible Man-makes him realize that his friends simply wanted to spend more time together does he see the error of his ways.
In Shops: TBD
SRP: $4.99
ORDER WISH LIST