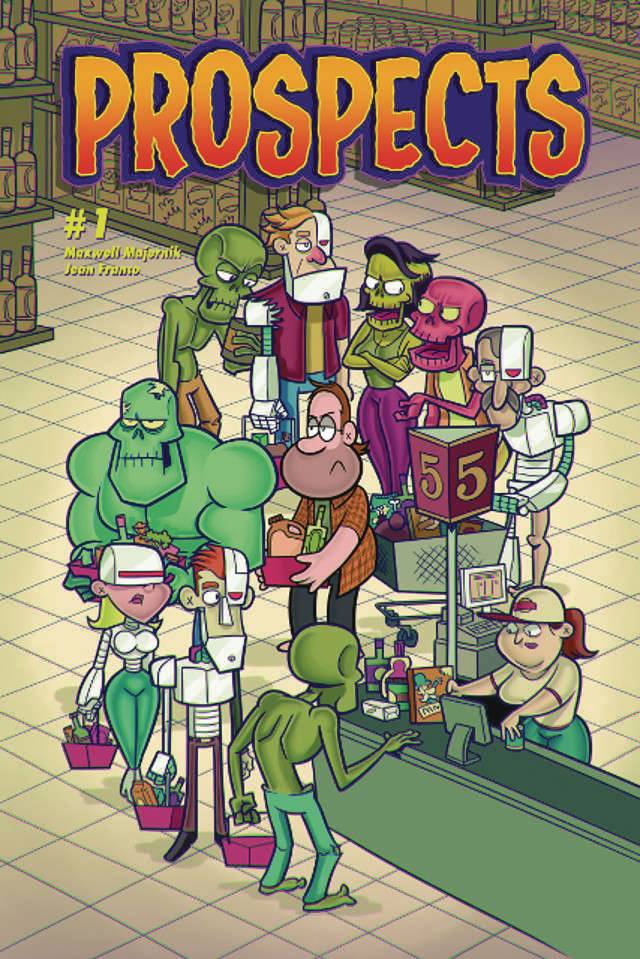 #
AUG221234
(W) Maxwell Majernik (A/CA) Jean Franco
The town of Ridgeville has been stuck in the middle of a 150 year old battle between two mad scientists, and former colleagues, Edwin Grabowski and Victor Farsimov. Both scientists claim to have figured out the secret of immortality and created armies of zombies and cyborgs using their respective methods. Anyone who shows any bit of potential, be it brains, brawn, or anything in between, will be captured by one of the scientists by the time they are 25 years old. This brings us on to 30 year old Colin Bates, who isn't one of the prospects. He has been selected by no one, not by the scientists, girls, or even friends. He spends most of his days watching TV in his basement, trying to avoid doing odd jobs for his Grandma and her posse. Yet everything changes when a notorious terrorist, intent on destroying both scientists, appears in Colin's basement, begging him to take over his legacy.
In Shops: Oct 19, 2022
SRP: $4.99
View All Items In This Series
ORDER SUBSCRIBE WISH LIST