RETURN OF CHILLING ADV IN SORCERY ONE SHOT CVR A OHTA 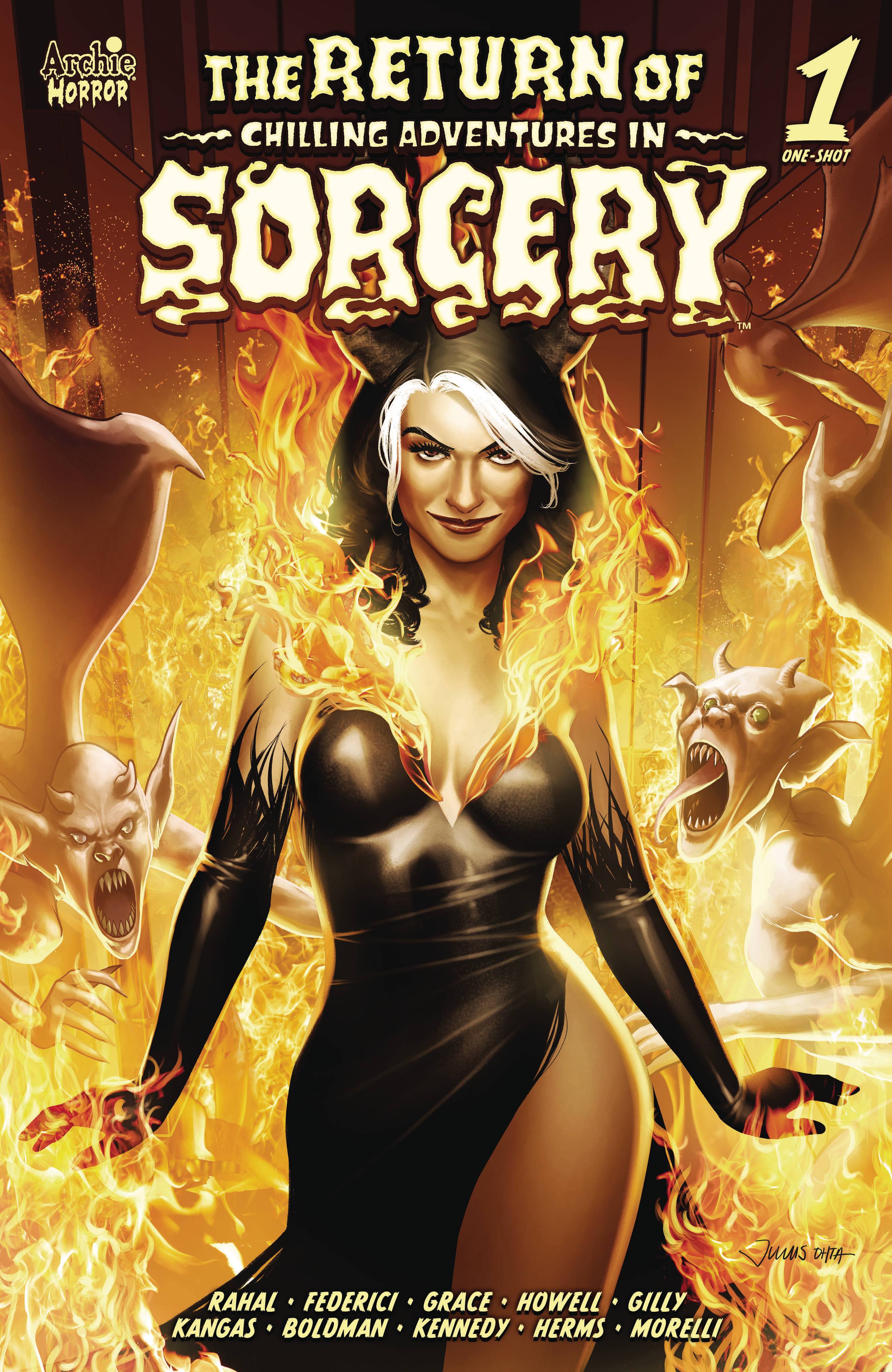 #
AUG221169
(W) Eliot Rahal, Sina Grace, Casey Gilly (A) Vincenzo Federici, Corin Howell, Liana Kangas (CA) Julius Ohta
Madam Satan escaped Hell a fugitive and hated woman by Satan and his thralls. She's now principal of Baxter high and Hell has come to Earth. With each classroom acting as a portal to the different circles in Hell, Madam Satan must recruit similar tortured souls if she has any chance of survival... all leading up to a Madam Satan and her army vs. Satan and his in this highly-anticipated follow-up to last year's hit Chilling Adventures in Sorcery!
In Shops: Oct 26, 2022
SRP: $3.99
ORDER WISH LIST