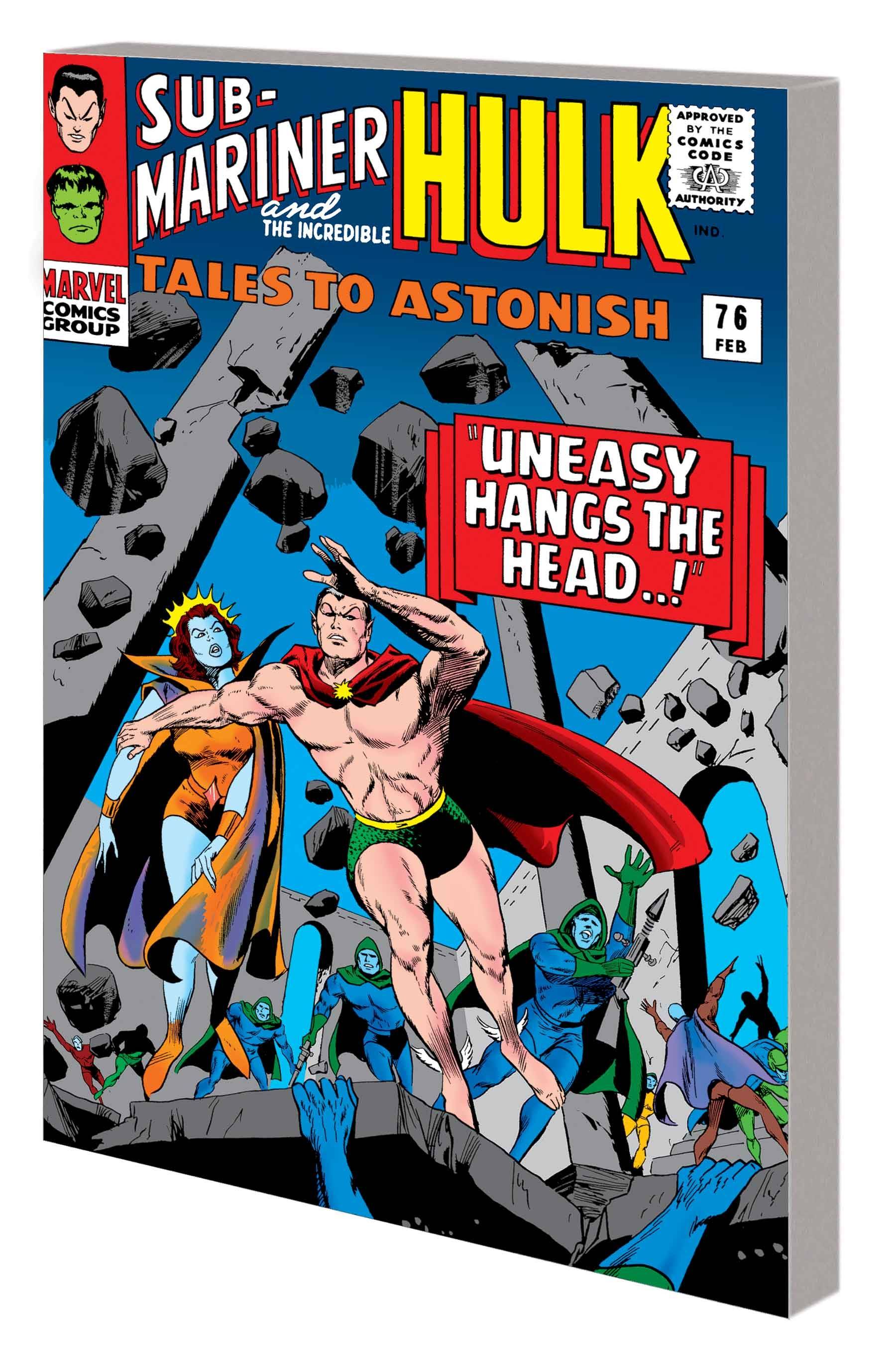 #
AUG221002
(W) Stan Lee (A) Wally Wood (A/CA) Gene Colan
The Sub-Mariner was one of the first heroes in the Marvel pantheon. While Namor is a volatile monarch, his temper is second only to his desire to serve the people of the mighty undersea kingdom of Atlantis. In this debut Mighty Marvel Masterworks edition, Stan Lee and Gene Colan send the subsea scion on a great quest for the Trident of Neptune. Only by obtaining that mythic object can Namor put an end to the warlord Krang's attempt to ursurp the throne and thereby prove his status as rightful ruler Atlantis. Along the way, you'll experience a whole new realm of the Marvel Universe, meet Lady Dorma and witness Namor's iconic battle with Daredevil! Collecting DAREDEVIL (1964) #7 and material from TALES TO ASTONISH (1959) #70-80.
In Shops: Nov 16, 2022
SRP: $15.99
View All Items In This Series
ORDER SUBSCRIBE WISH LIST