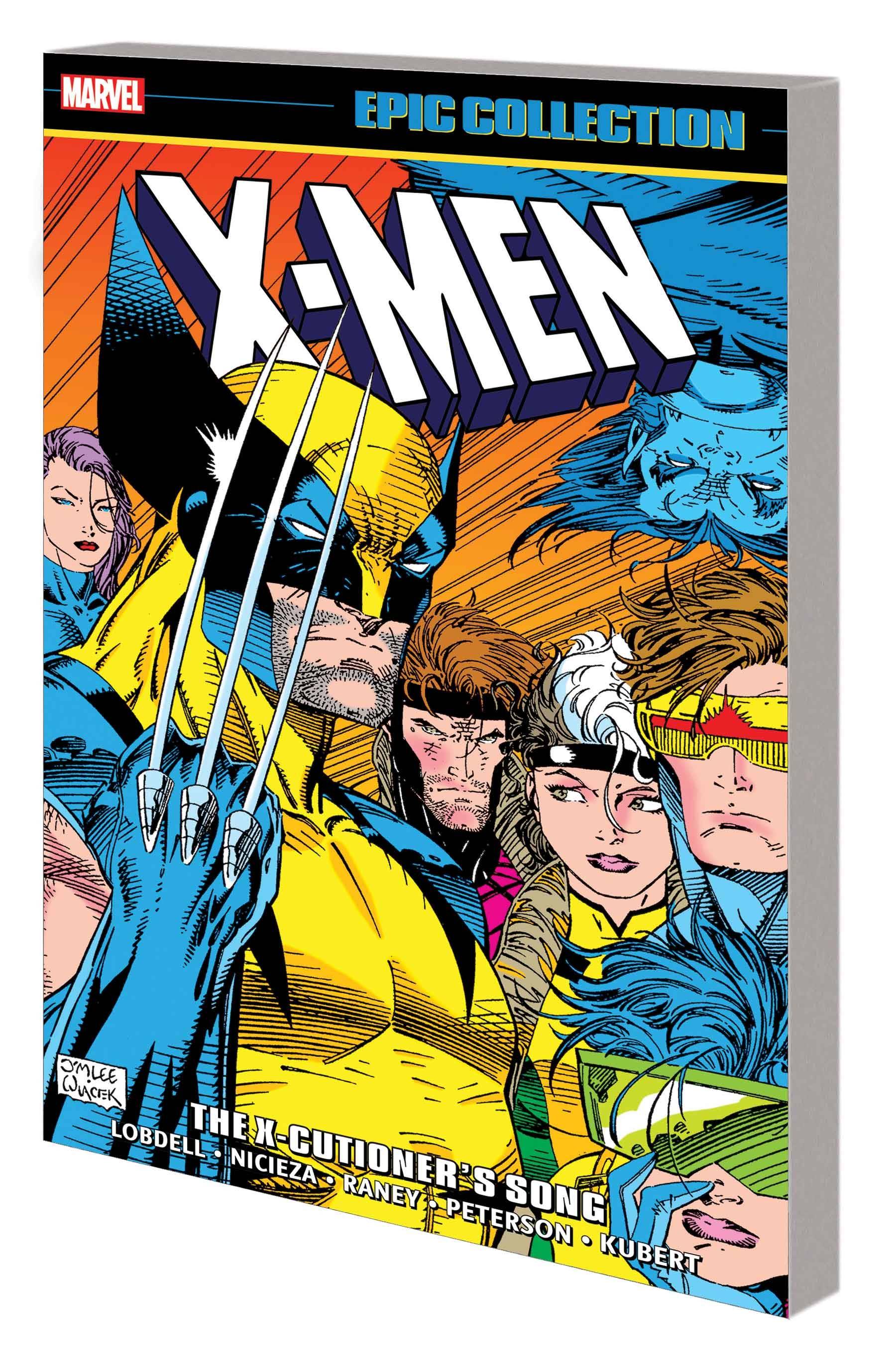 #
AUG220999
(W) Scott Lobdell, Various (A) Whilce Portacio, Various (CA) Jim Lee
Mutantkind marked for X-cution! Life is as volatile as ever for the X-Men as Storm and Forge's romance reaches a dramatic turning point, and the fates of the Morlocks and Mikhail Rasputin collide! Meanwhile, Mojo pits mutant against mutant, and secrets from Professor X's past are revealed! But when Cyclops and Phoenix are kidnapped - and Cable seemingly assassinates Xavier - the X-Men, X-Factor and X-Force go to war...with each other! Witness epic battles around the globe and on the moon as Mister Sinister's subtle plan of vengeance on Apocalypse unfolds. And prepare for major revelations about the true identities of Cable and his twisted doppelganger, Stryfe! Featuring blood, angst, sacrifice and great big guns as Marvel's mutant families dance to the villains' twisted tune! Collecting UNCANNY X-MEN (1981) #289-296, X-MEN (1991) #10-16, X-FACTOR (1986) #84-86 and X-FORCE (1991) #16-18.
Rated T
In Shops: Dec 07, 2022
SRP: $49.99
ORDER WISH LIST