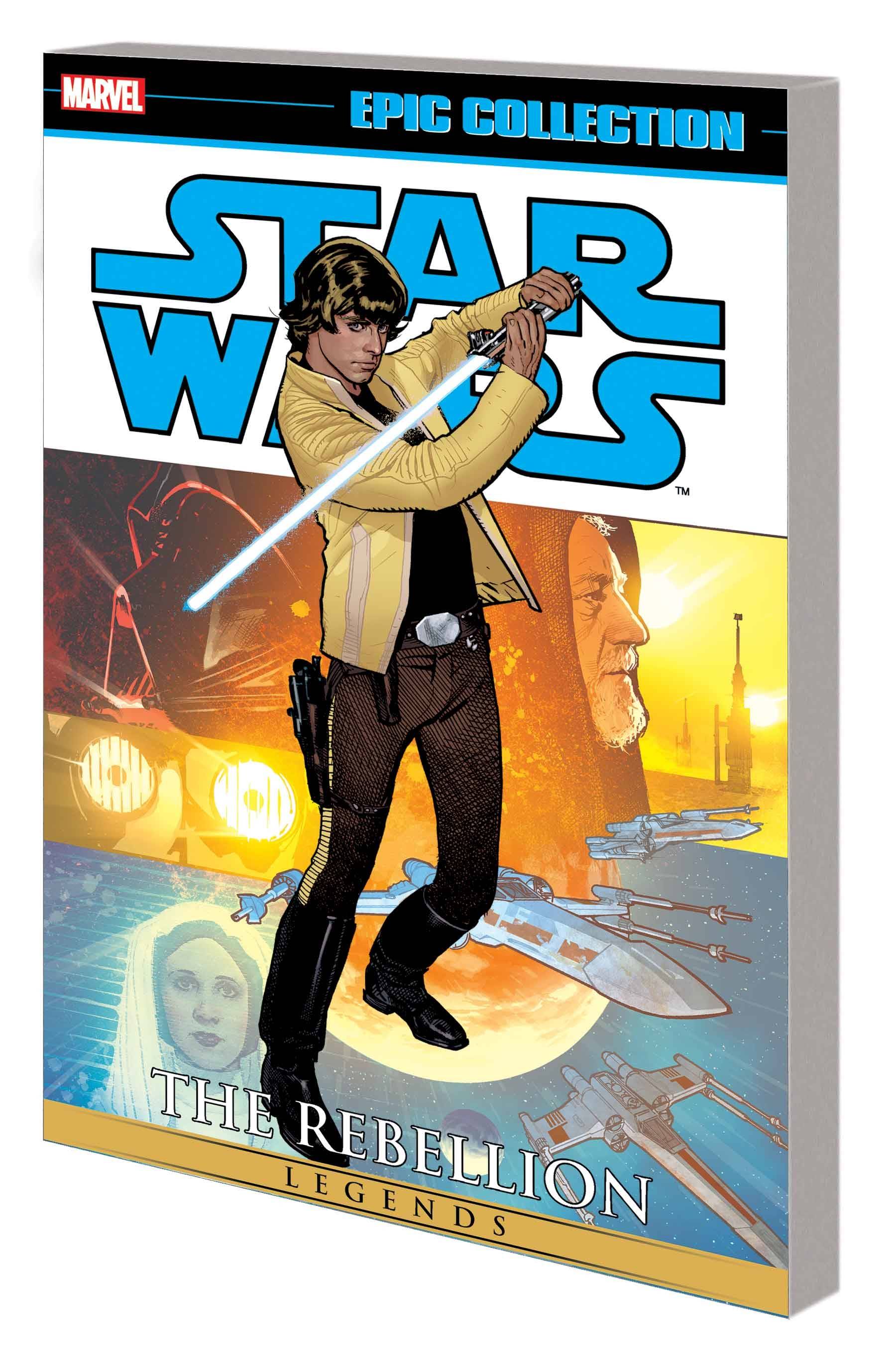 #
AUG220998
(W) Terry Austin, Various (A) Chris Sprouse, Various (CA) Adam Hughes
The Empire strikes back! As the Rebellion expands, Luke and Leia find themselves on a mysterious world holding an ancient Jedi relic that could change their destinies forever, but Vader has his own plans for it - and for them! Then Han Solo and Chewbacca join Luke and Leia for a daring heist whose success may depend on the Rebellion's newest recruits. And when the Empire assaults the rebels' base on Hoth, Luke is sent in an unexpected new direction - leading him to Yoda...and a terrible truth about his father! Collecting STAR WARS: SPLINTER OF THE MIND'S EYE #1-4, STAR WARS: SHADOW STALKER, STAR WARS: REBEL HEIST #1-4, STAR WARS: A VALENTINE STORY, CLASSIC STAR WARS: THE EMPIRE STRIKES BACK #1-2, STAR WARS: TAG AND BINK ARE DEAD #2 and material from STAR WARS TALES #4-6, #15-17 and #20.
Rated T
In Shops: Nov 30, 2022
SRP: $44.99
View All Items In This Series
ORDER WISH LIST