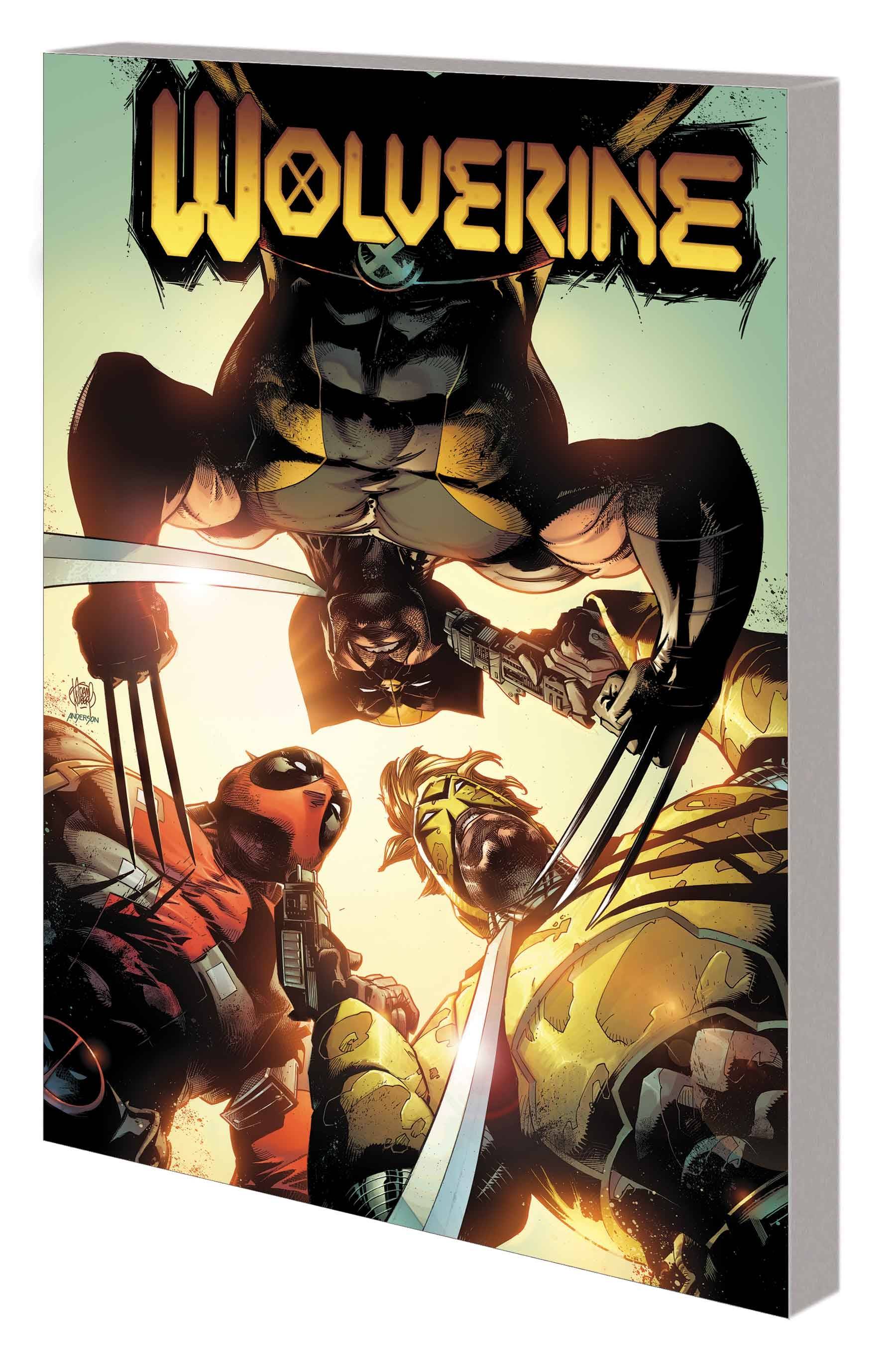 #
AUG220991
(W) Ben Percy (A) Federico Vicentini, Various (A/CA) Adam Kubert
The best there is - and the worst partner possible! Deadpool was the king of Staten Island, and now he wants to be an honorary citizen of Krakoa. Wolverine just wants him to shut up. But when Wade Wilson uncovers a dangerous plot that could mean doom for the mutants' safe haven, it's going to take a titanic team-up to quell the threat! As the two head deeper into danger and find themselves outnumbered and surrounded, Wolverine and Deadpool must make peace in a last-ditch effort to save mutant lives. But what's with all the robot X-Men, and how does Wolverine's old pal Maverick fit in? Plus: The Hand's Hellbride seeks revenge on Wolverine and Solem! But with Earth reeling from the revelations of A.X.E., a risky play by Logan may be the planet's last, best hope! Collecting WOLVERINE (2020) #20-25.
Parental Advisory
In Shops: Dec 14, 2022
SRP: $17.99
View All Items In This Series
ORDER SUBSCRIBE WISH LIST